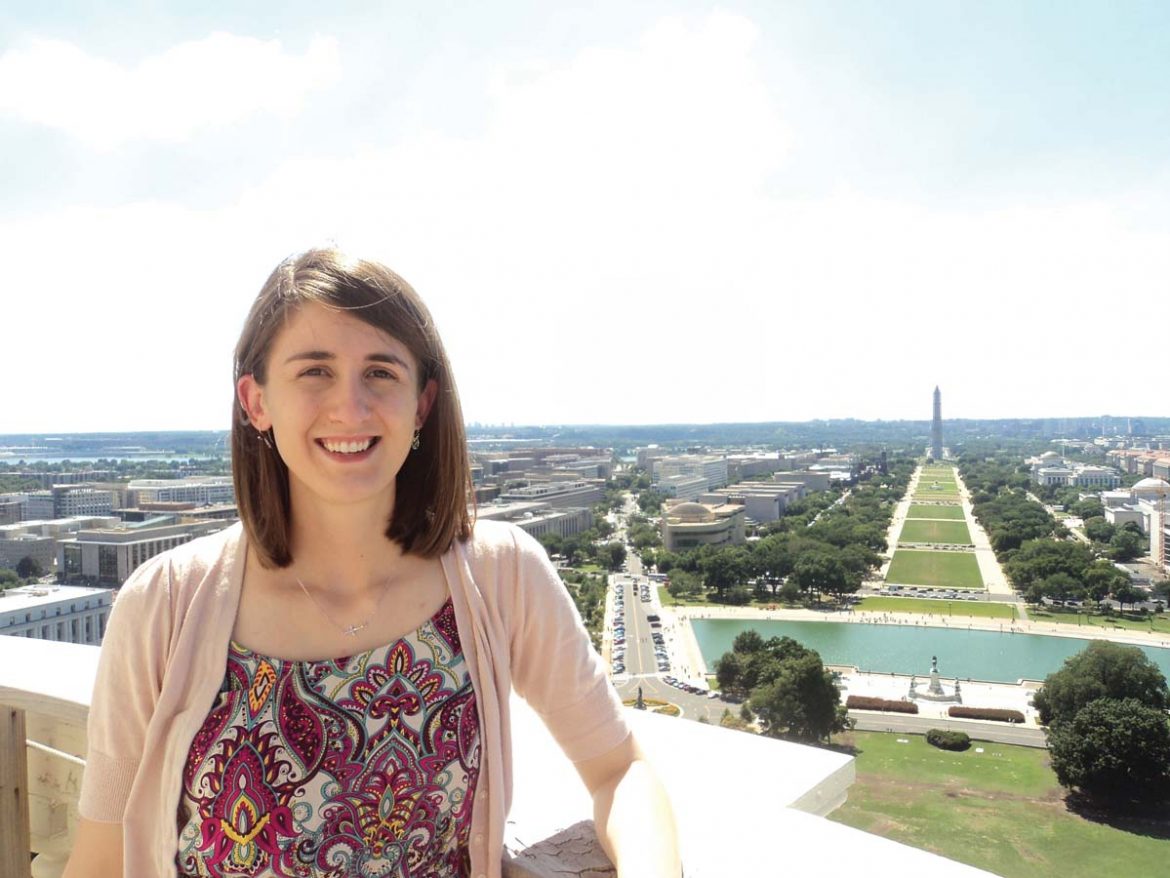 Harding University graduate Ashley Shelton has already begun to make her entrance into the world of politics since graduating in 2012.

The summer before her senior year, Shelton participated in a summer internship with The Heritage Foundation, an agency that’s goal is to research, produce and promote conservative ideals and policies amongst politicians.

After graduating with a degree in public administration, Shelton went back to work for the research company in Washington, D.C. where she did her internship for a 12 week program dealing with welfare policy, and soon found herself working for Arkansas Congressional Representative, Rick Crawford, as a legislative assistant.

Shelton works mostly with transportation and healthcare policies and researches propositions to determine how they would affect the people of Arkansas.

“We basically ask ourselves ‘Do we want to support this,'” Shelton said. “‘Does it help or hurt the people living in our districts?'”

With elections coming up, Shelton also joined Representative Crawford on the campaign trail for re-election. Since September, Shelton has traveled throughout Arkansas with Crawford and his team helping spread the word about his policies and plans if he is re-elected this November.

“During the week we spend a lot of time on the phone talking to people, getting the word out,” Shelton said. “We campaign at events like festivals, making sure his name is out there. He can’t go to everything, that’s where we come in.”

Shelton said she intends to further her career in politics. She plans to continue her work in researching public policy but also hopes to one day run for state-level office.

Shelton praised Harding and it’s faculty and staff for preparing her for the exciting career path she’s found herself on.

With Election Day drawing close, Shelton and the rest of Crawford’s team are now working in overdrive calling voters and giving a final push to his policies. Shelton also stressed the importance of the younger generation taking the time to go out and vote.

“You’re voting for the people you want to represent you,” Shelton said. “And the younger generation especially should pay attention because these policies that are being brought to the table by these people running for office are the ones that are going to be affecting them for years to come. Everyone needs to make sure to get their voice heard.”