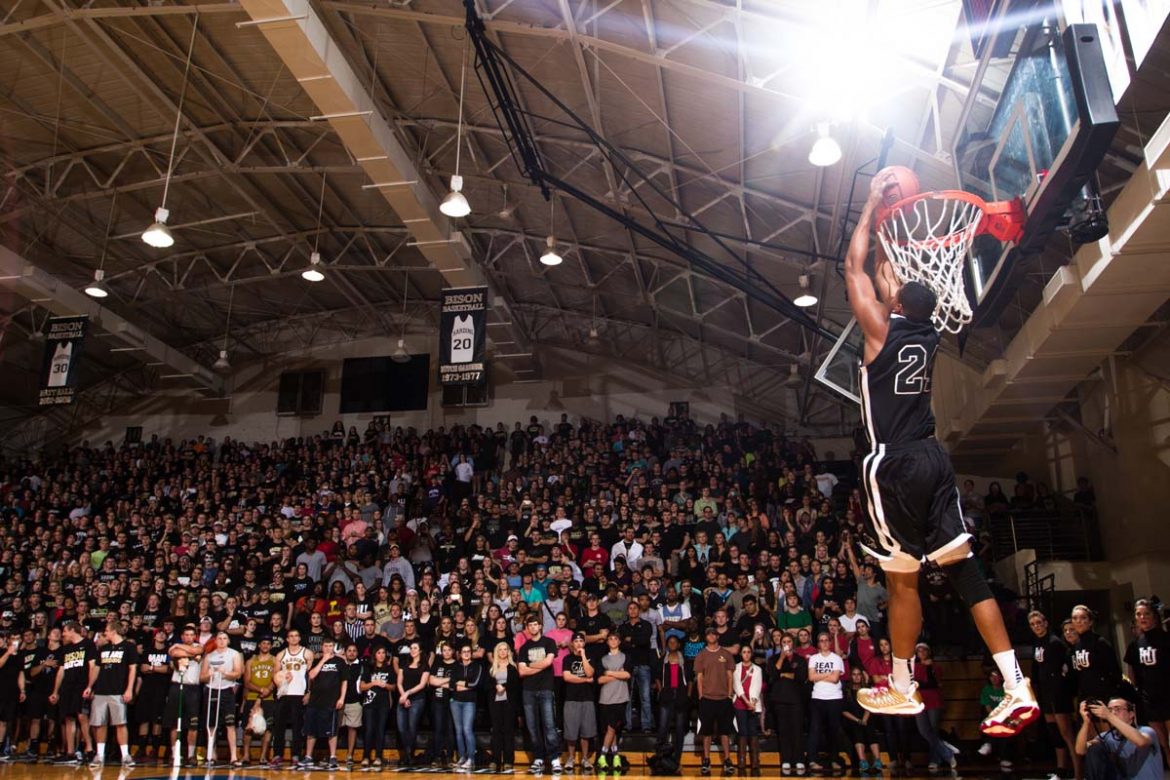 Midnight Madness will kick off the basketball season with the Rhodes Rowdies, a live band and giveaways at the Rhodes Field House on Oct. 13.

According to Jeff Morgan, head coach for the men’s basketball team, Midnight Madness started in 1993 and has been a tradition at Harding ever since.

“I came from a school which was already in the National Collegiate Athletic Association, and we have had Midnight Madness for years there when I was a player and a coach,” Morgan said. “So when I came to Harding, even though we were still National Association Intercollegiate at the time, we wanted to do the same thing — try to create the same kind of electricity and have the same kind of enthusiasm.”

Some of the traditions are games, prizes and the pep band.

“We had a group of guys on campus that had a band at the first Midnight Madness and they were really good,” Morgan said. “Dr. Burks back then started doing half court shots to win half-off tuition, so we have drawn students’ tickets every year. We’ve done it every year and haven’t had anyone make it yet, but we had some get close.”

With the excitement of a later curfew and a chance to get half-off tuition, one of the things that members of the basketball program look forward to is a chance for the student body to come together to support one another.

“It’s not just for us athletes,” junior point guard Dawson Yates said. “I really hope to see who’s supporting us so that I can connect with them outside of basketball. I just want them to know we’re ready.”

According to senior Montana Lewis, who plays small forward and point guard for the women’s basketball team, her last Midnight Madness will be a moment of triumph and sadness.

“I don’t know if bittersweet is the right way to put it, but it’s almost one of those bitter moments because it’s my last one, and Midnight Madness is such an awesome thing to be a part of and experience, so it’s going to be sad not to be a part of it anymore,” Lewis said.

According to Morgan, one of the things he looks forward to is building a connection between the fans and the team.

“Basically we have our teams there, and the student body is a part of our team,” Morgan said. “So really it’s the first time we have all of our team, those on the floor and those in the stands are all together for the season.”