Home Sports Calhoun continues to excel on and off the field

Calhoun continues to excel on and off the field 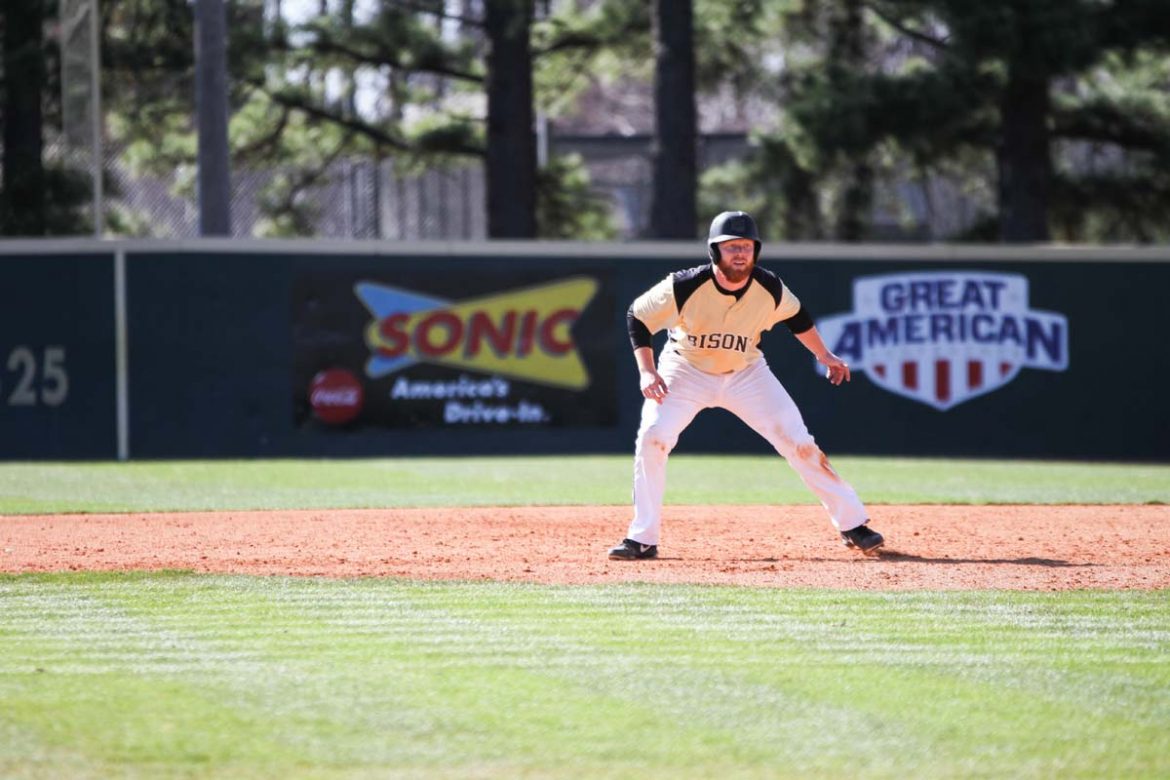 Senior first baseman Matt Calhoun has played some form of baseball since he was 4 years old. He started with a foam bat and ball in the house. Then he moved on to organized T-ball and eventually signed with Harding.

Calhoun has been a key player for the Bisons in his four seasons with the team. Playing in 129 games with 115 starts, he is the university’s career leader in fielding percentage with .990.

In high school, Calhoun’s main choices for college baseball were between Harding and University of Arkansas at Little Rock.

“I chose Harding for several reasons: it would allow my family to come to most of my home games; it is a great institution at which to earn a degree; and there is a Christian perspective and environment,” Calhoun said.

Calhoun said he loves the preparation that goes into the game, seeing the results on the field, and the relationships he has been able to build through playing baseball. He also is thankful for the places the game has taken him and the avenue it has given him to meet some great people.

“I remember certain plays and a few specific memories from each team, but most of all I remember the people I’ve played with,” Calhoun said. “You may not remember if he hit .300 or had a sub-3.00 ERA, but chances are you’ll remember what type of person he was.”

Calhoun’s current batting average is .398 and was leading the conference at one time in the season. Calhoun also received Academic All-GAC in 2012 and 2013. Head coach Patrick McGaha said he commends Calhoun on his work ethic and leadership on and off the field.

“Matt is an extremely hard worker, and he helps set that tone for the team; the other guys see him and the work ethic that he has, and he’s a great leader for them,” McGaha said. “He doesn’t give a lot of team speeches or anything, but he definitely leads by example. He’s a quality young man, and that carries over on the field. He is one of the best hitters I’ve ever coached in my career, and he puts everything into his game and plays hard every time.”

Looking back on his time as a Bison, Calhoun said he is thankful for the experience he has had and the hard work that the team has put in over his four seasons. Calhoun said the team wants to invest in each other and leave a legacy for those to follow.

“There is something special when a group of men come together and work toward a goal that is bigger than each individual person,” Calhoun said. “I have learned life lessons from my coaches and the game itself. One of the things that is stressed to us is that you recruit good players and win with good people. The past four years, I look back and see how I have grown as a person because of the Harding baseball program.”

Get up and smell the roses