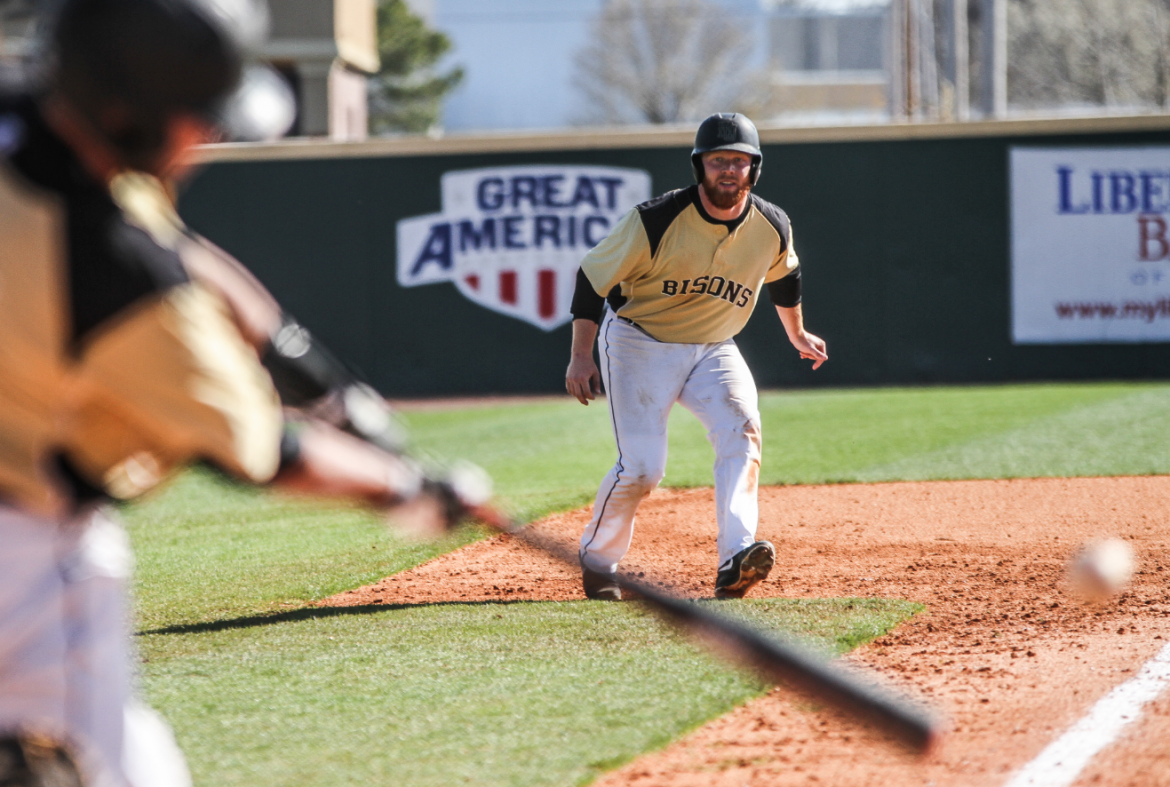 With 14 games left to play this season, the baseball team is ranked sixth in the GAC with an 8-7 conference record and a 16-13 record overall.

The team has a fielding percentage of .976, which, according to head coach Patrick McGaha, is higher than the past few years’ percentage of .964. There have been 23 errors in 28 games.

“(Senior first baseman) Matt Calhoun is playing an outstanding game at the plate, at one point leading the conference in batting average,” McGaha said. “(Senior outfielder) James Anderson has come up in the last three weeks, hitting the ball very well for us. (Redshirt sophomore infielder) Noah Chandler has also carried a lot of the weight, especially the 2-run single at the end of the 11th against Southern Arkansas University that gave us the chance to win the series.”

McGaha said he is confident in his pitching staff’s ability to throw steadily and win games. He said the team has had a very solid bullpen, namely senior pitcher Bronson Smith, who extended his career save record to 20 saves in the series against SAU.

“(Senior pitcher) Logan Holthaus has been a great roster starter on the mound,” McGaha said. “(Sophomore pitcher) Collin Campbell has thrown really steadily for us, as well as (senior pitcher) Cameron Walker. We also had a good mid-week start from (sophomore pitcher) Jacob Stripling a couple of weeks ago against Henderson State.”

Chandler said he has had a great experience playing at Harding since transferring from Lipscomb University this year. Chandler accredits the team’s success to their unselfishness and playing hard on every pitch to try to win games.

“Our defense and pitching have been our strengths this season,” Chandler said. “Coach (Andy) Schatzley did a great job in the fall getting our defense ready, and Coach McGaha has been phenomenal with the pitching staff. In college baseball, especially since they changed the bats, hitting comes and goes with the wind. To win, teams have to be solid on defense and on the mound, and our coaching staff has done a great job in preparing us.”

Anderson said the team’s strength comes from their willingness to compete and work harder than any team they face. After a tough series loss to University of Arkansas at Monticello last weekend, the team is looking to redeem itself in the remainder of the season.

“We had some high hopes for what could come from a couple of wins, but unfortunately, we had a bad weekend,” Anderson said. “Luckily, we still have everything ahead of us with 14 games to go. We are just going to work today and keep working to get better every day until someone tells us to stop.”

McGaha said he believes in the team’s ability to succeed in the rest of the season due to the strength of their pitching and defense.

“It comes down to the fact that championship teams play good defense and pitch well,” McGaha said. “This group of guys competes really hard; we hope that we’ve done all we can to play hard and try to make it to the championship.”