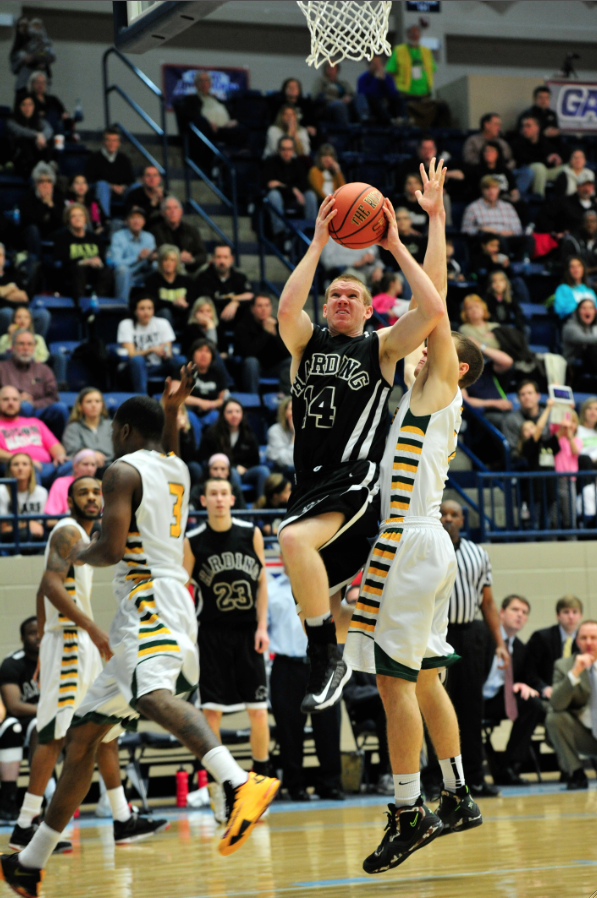 The men’s basketball team finished 9-11 in regular season conference play before going on to beat East Central University, Arkansas Tech University and Henderson State University in the GAC tournament to become the conference champions. Down to only eight active players on the roster for the spring semester, head coach Jeff Morgan said the team had an emotional season all the way through the NCAA Regional Tournament in Mankato, Minn.

“It (has) been a very emotional journey, but an incredible one,” Morgan said. “Our guys were all about the team; there were no personal agendas. They totally bought into what we were trying to do, and you can tell by the way they played that they loved each other and loved playing the game together.”

Senior guard Weston Jameson believed the team overcame challenges and exceeded the expectations of others. Jameson said the coaching staff’s preparation helped them to play well for three days during the GAC tournament.

“It was extremely gratifying to see all of our hard work pay off,” Jameson said. “Our biggest challenge was probably ending the regular season on a five-game losing streak. It would’ve been easy to throw in the towel, but we continued to work and continued believing we could win the conference championship. It just says a lot about the character of our guys to continue to believe in the process.”

According to senior forward Hayden Johnson, intensity at the conference tournament was increased from regular season play due to the fact that the competition was balanced and every game was an elimination game.

The Bisons stayed in Searcy over spring break to practice and prepare for their trip to Mankato, Minn. to participate in the NCAA Regional Tournament. The Bisons were eliminated in their first game against Minnesota State University on Saturday, March 15.

Johnson said that regardless of the outcome of the NCAA Regional Tournament, the team was proud of their accomplishments and ability to overcome obstacles this season.

“The team really came together and played for each other this year, and it was cool to see how much we all cared about each other on and off the court,” Johnson said. “We faced a lot of adversity together and it was really great to be able to win the conference tournament the way that we did.”

The Bisons wrapped up the season in more memorable ways than one by making their “We Belong Together” music video on the trip to and from Minnesota, according to Johnson.

“Our team is always singing and dancing in the weight room when we lift, so we talked about making a music video on one of our road trips,” Johnson said. “We realized Minnesota was our last chance to make the video and we had a lot of fun with it. It really shows how close our team is and how much fun we have every day.”

Looking forward, Coach Morgan said he has a full off-season ahead of him.

“We’ve got a lot to do in recruiting for this spring and hopefully we can add some good pieces to the puzzle,” Morgan said. “We just want to put the best team we can on the floor and for everyone to really enjoy the process and the journey of working hard and becoming a better team. We talk a lot about God giving us the talents to be a part of this game and throwing losing and winning out the window and playing for Him instead.”