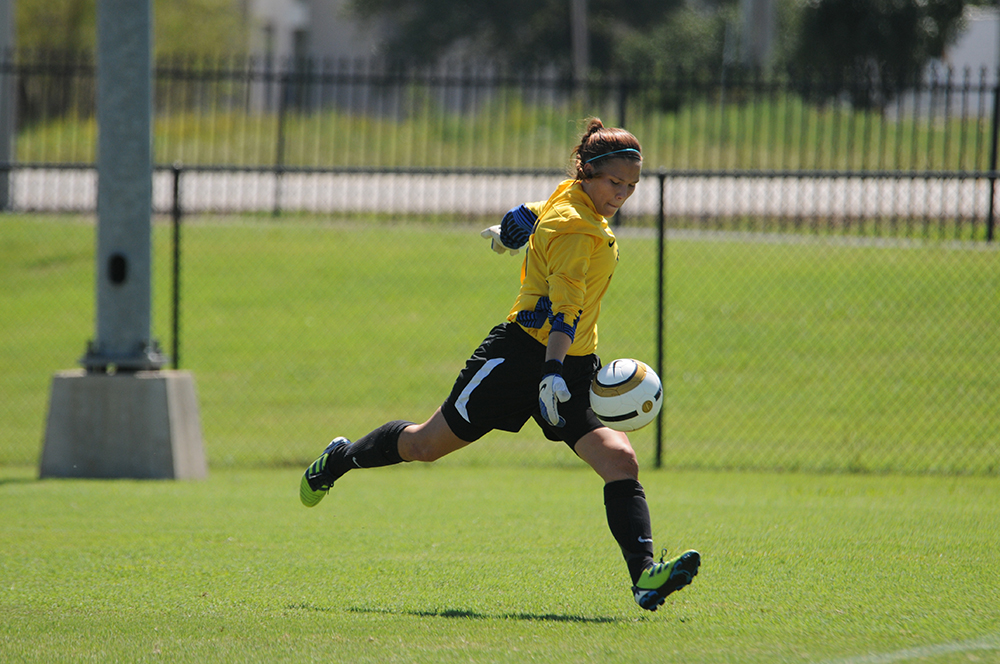 The seasons for the men’s and women’s soccer teams at Harding are well underway with the men already having played five games and the women, three.

As of press time, the Bisons had conquered two teams and fallen to three. After beating Ouachita Baptist 2-0 two weeks ago at home, the men have lost two tough matchups on the road against Lyon College and Northeastern State University.

This weekend the Bisons will take on Fort Hays State University on the road.

The team is not happy with the record or the recent losses, but they are working hard to improve their game and earn some more victories.

“We have to learn to play more physically,” sophomore and starting defender Gehrig Haberstock said. “We just weren’t used to it and we need to come out stronger at the beginning of games.”

“He’s a little tough on us at times, but it’s for the better,” Haberstock said. “We’re playing better, we’re taking chances. He’s making us better.”

The Lady Bisons have played in four matches this season and after losing the first three, beat Lyon College 4-3, bringing their record to 1-3.

Having a week and a half with no games allowed the team to work on some areas of the game that they feel need to be improved.

“The team had a lot to overcome in practice,” said senior women’s soccer captain Lauren Scharf.

Under Head Coach Greg Harris, the Lady Bisons are working diligently to come out strong as a team and win the upcoming games.

“Coach [Harris] is asking for the girls to play with heart and passion, and to fight every minute they are on the field,” Scharf said. “If each player does this, we will be successful.”

The Lady Bisons will try for their second win on the roead against East Central University at 4 p.m. today.