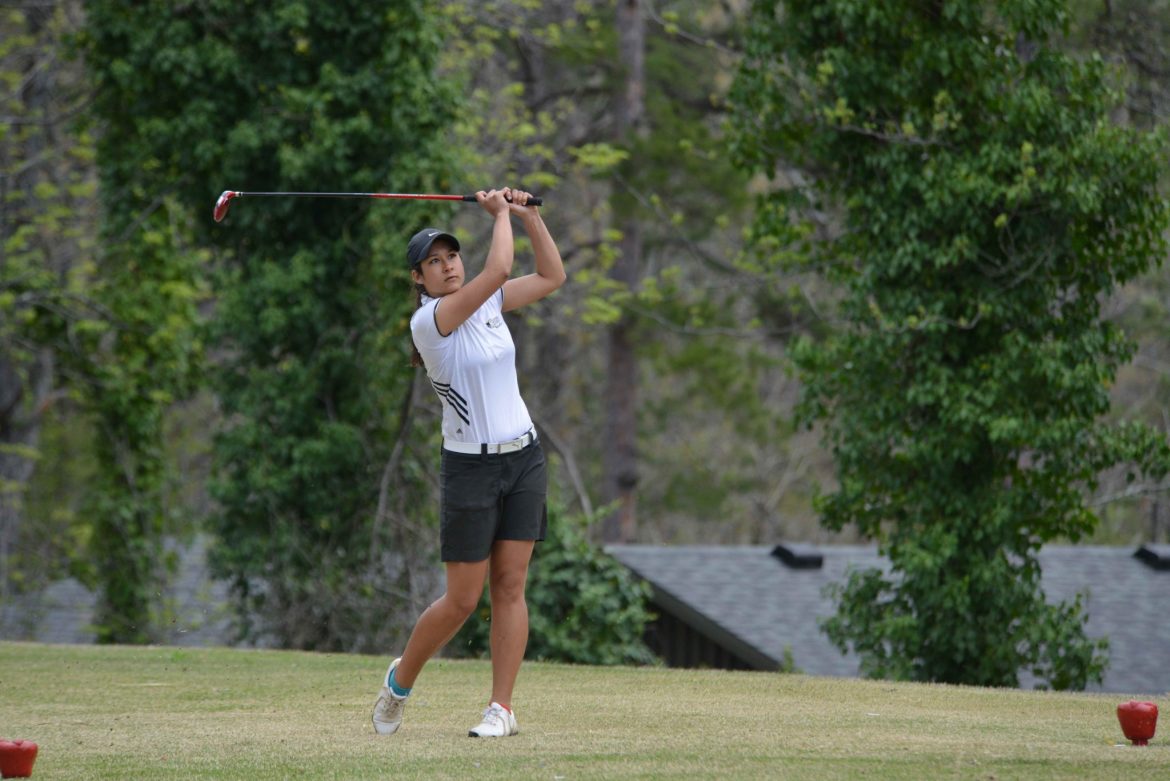 The women’s golf team entered the spring of 2013 with high hopes, looking to leaders such as juniors Emily Plyler and Brittany Marquez to set the pace for the team. Marquez held the record for lowest women’s golf score in Harding history with a score of 69, achieved her freshman year. Plyler became the first Harding player to compete at the NCAA Division II Women’s Golf National Championship in Daytona, Fla. Plyler recognized that her name would go down in Harding’s history books for placing 49 in the NCAA Division II Championship.

“It was an accomplishment that had never been done before,” Plyler said. “I knew it allowed more room for improvement in my game but also gave me more time to work towards higher team and individual goals.”

In addition to Plyler’s personal accomplishments, the Lady Bisons achieved their lowest score her freshman year. Plyler set her goals for the 2013 season high.

She added that she and Plyler often vied for the number one position on the team, drawing motivation from the challenge they presented to each other.

“Emily Plyler also has been a huge part of my golf here at Harding,” Marquez said.”The two of us are always switching between No. 1 and No. 2 on the team, and she pushes me to play harder and better. The two of us practice all the time together, and we both motivate each other to do better.”

Even though competing at a national level competition was not always on Plyler’s mind, she gained incredible insight into the game of golf from attending the Division II Nationals.

“I honestly never really thought about making it to the national tournament,” Plyler said. “[In] the national competition, you are up against the best players in the country, not just within your conference or region. Every player is extremely focused and a solid golfer. It makes for a completely different playing field.”

Coach Christy Morgan accompanied Plyler to nationals and was extremely proud to watch her play and see her leadership and maturity grow.

“I was very humbled to have the opportunity to accompany Emily to nationals,” Morgan said. “She represented the Bisons in a great way and made us all very proud. Her achievement of reaching nationals has lit a fire under our team to work harder in the off season.”

As for Plyler’s future, Coach Morgan believed Plyler’s possibilities after college were endless.

“I am unsure of what she wants to do with golf after college, but she definitely has the mental toughness, competiveness and work ethic to chase her dreams beyond college,” Morgan said.

What it takes to be a leader