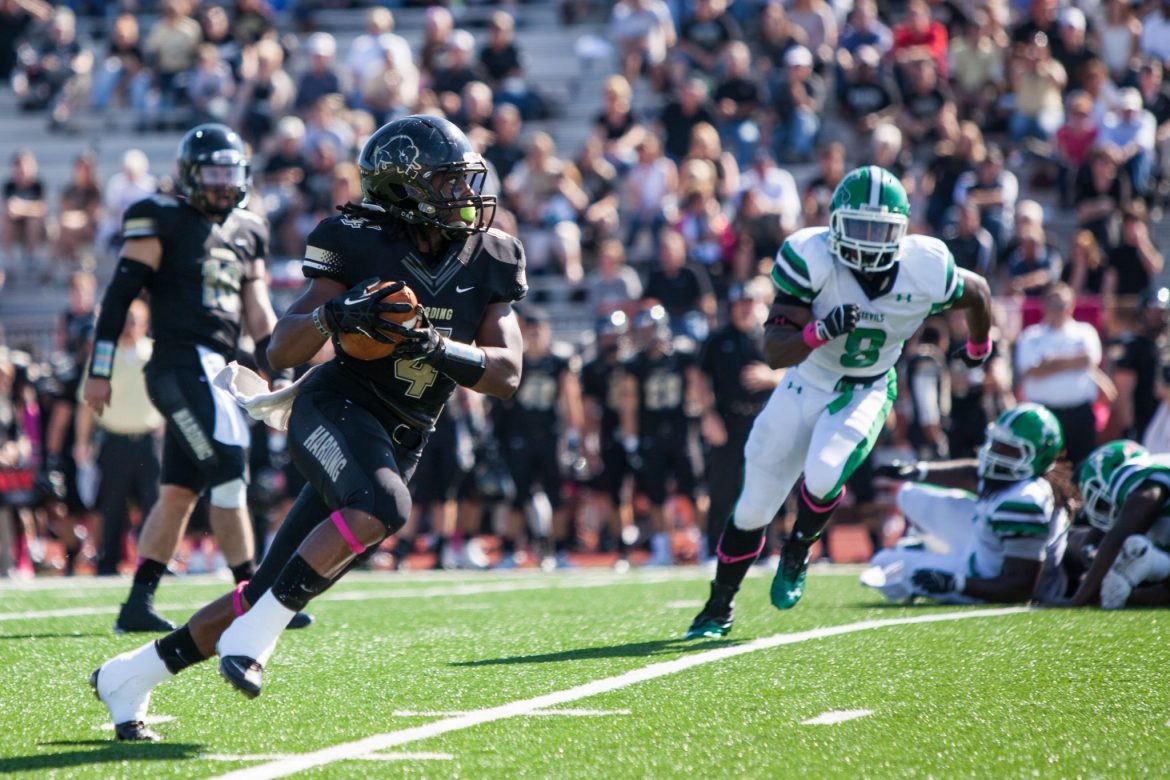 After playing one of their best seasons in the fall of 2012, the Bisons football players were ready to make their way to the NCAA playoffs one more time. Their previous season ended with a 9-1 regular season record before the playoffs. Despite the first loss of the season against Southwestern Oklahoma, the Bisons were determined to win every game with hard work and team chemistry.

Head coach Ronnie Huckeba said that getting into the playoffs was a significant achievement for the program.

“It was good to understand all the logistics that go into a playoff game,” Huckeba said. “Overall, it was just good to play a quality opponent. It helped us understand which areas we have to improve to be able to match those guys.”

According to Huckeba, one of the game-changers of last years’ season was the maturation of the football team. From a senior lead defense to a solid offense, the Bisons gave a great team effort and played well together.

“Even if they didn’t play last year, this year’s sophomores are making an important contribution to the team,” Huckeba said.

Honoring God and brotherhood were some of the key qualities the Bisons football team strived to achieve. According to senior kicker John Gay, the success of conference was a result of these qualities.

“I firmly believe that our team has the closest relationship within itself,” Gay said. “We love each other, and every Saturday we go out and battle for the guy beside us. We pick each other up and play for each other.

The coaches also played an important role in last years’ success. According to Gay, Huckeba and the assistant coaches were very involved and always looked out for the players. Outside of football, they also focused on preparing the players for life after college by ensuring their attendance to class and holding them accountable.

After getting second place in the conference before the playoffs last year, the team felt a sense of accomplishment. After losing the first game of the season, both coaches and players took a step back to work on the weak zones on the field.

Senior running back Ahmad Scott believed that determination and hard work played a huge role in the Bisons’ first time into the playoffs.

“We just had a lot of people that really wanted it,” Scott said. “We had the mindset that this was our year.”

“As one of the older members, [it] is your duty to step up and be a leader,” Scott said. “But this year, I want to go further that we did last year, and with further, I mean I want to win it all.”

What it takes to be a leader