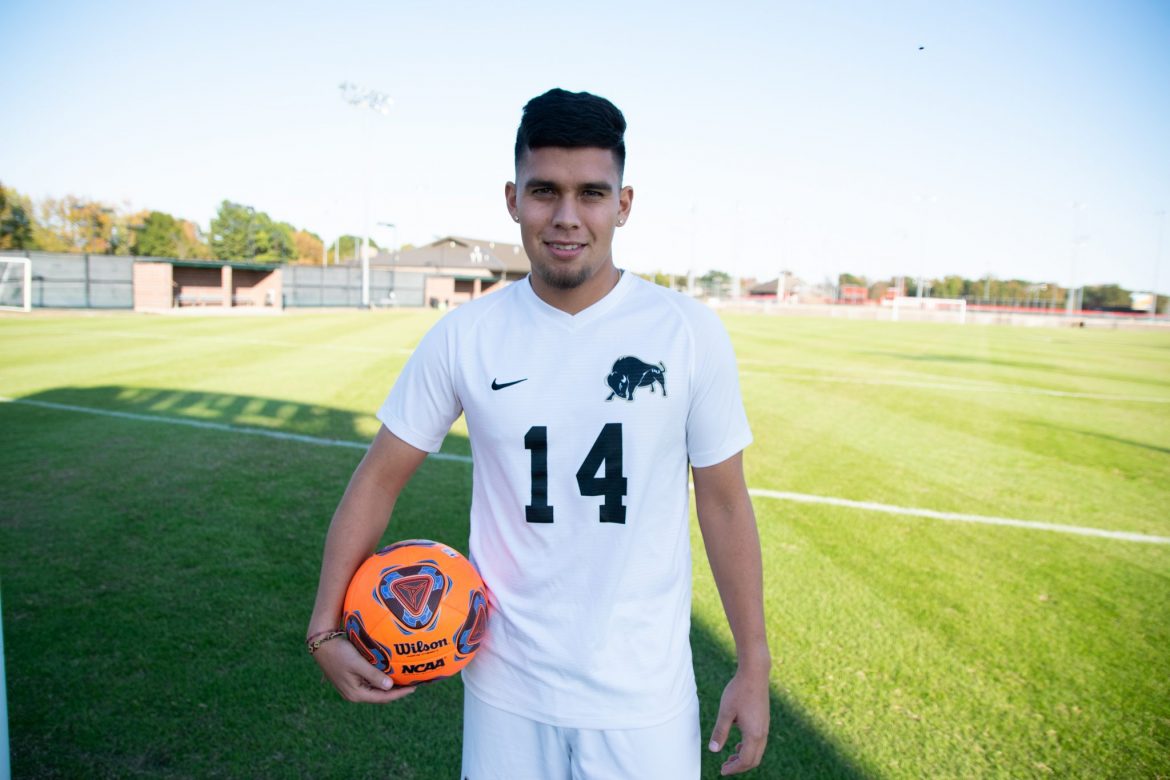 Senior Harding Soccer athlete Christian Ramos, tied the school record for most goals in a season, last Saturday, with 16 total goals scored. Christian has a great chance of beating the record with just 3 regular season games to go.

Head Men’s Soccer Coach Jonathan Ireland, expresses how he recruited Christian and how great it is to see him shine as a player.

“I took the job here at Harding in 2016, and Christian was actually my very first recruit,” Jonathan said. “So it is pretty special to see him have so much success. He has been an all conference level player from his sophomore year to now. He started this season as a defender but he is such a gifted goal scorer we moved him up to a midfield position about halfway through our season.”

Christian continues to shine for Harding Soccer as he scored 7 goals in the last 5 games and is second in the nation in goals scored with 16.

Brandon Patterson, Junior Harding soccer athlete, expressed the teams goal moving forward to the end of the season and how Christian has helped them to get there.

“Our main goal is to qualify for our conference tournament, which we have a great chance of doing,” Brandon said. “Christian has a great winning mindset and will do anything for the team to get the win. I think that tying the school record is a great achievement and shows how good of a player he is, and I’m sure he’ll go on to break the record.”

“I think Christian has done well in scoring his goal’s this season, a lot of his goals have come at times where they needed scoring and as a team we’re thankful for that,” Ross said. “He’s a player with a lot of ability and it shows, you can tell the way he carries himself and the goals he’s scored that he has a talent that he’s really worked on in his soccer career.”

It is easy to see that Christian is a very gifted player on the field as he continues to improve each season to the next. As the end of the regular season approaches, the team as a whole has the mindset of qualifying for the conference tournament as well as Christian going down in Harding’s history.

Harding Men’s Head Soccer Coach Jonathan Ireland, had some words to say for Christian as a player.

“If the game is on the line there is no one better than Christian,” Jonathan said. “He has no fear and plays with complete confidence. We are so fortunate to have him in our program and he has played a big role in all the success we have had over the last few years.”