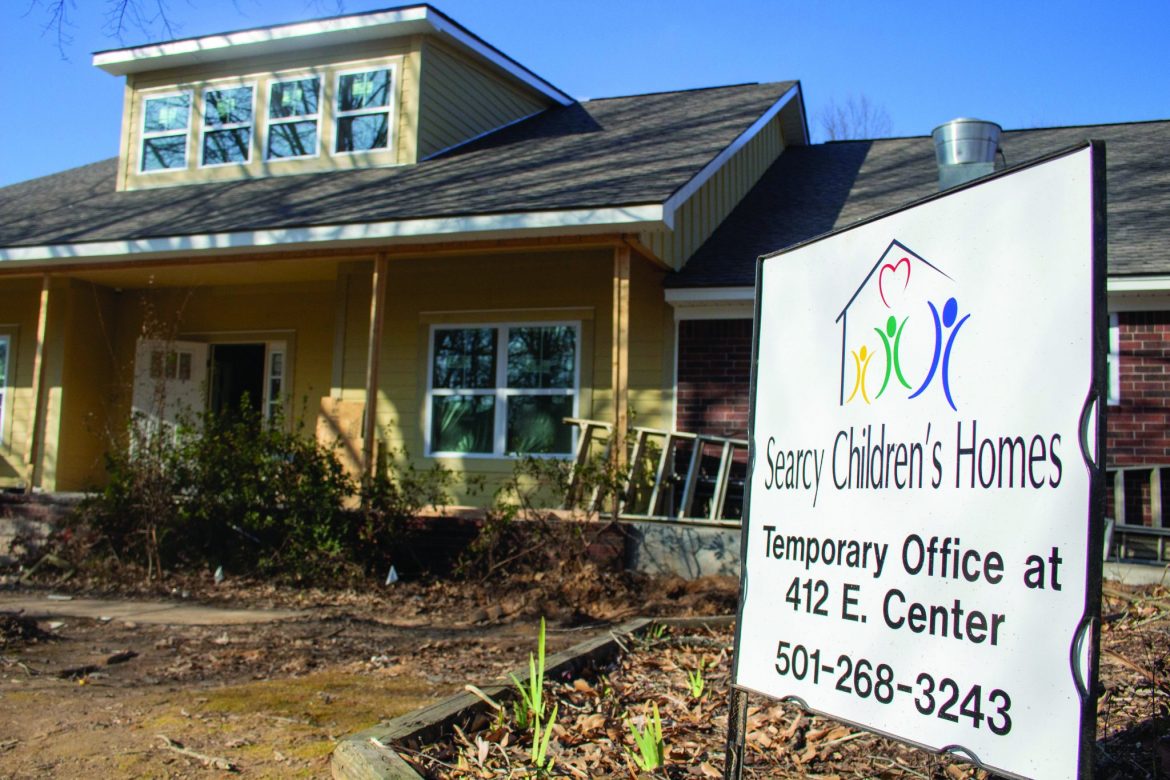 Searcy Children’s Homes, Inc. has been providing care for children in need since 1972. In February, the organization will have new additions, new programs and a new name. Searcy Children’s Homes will become Sparrow’s Promise, a rebrand organized by Think Idea Studio that is inspired by Matthew 10, a passage in which Jesus talks about the value of his children in contrast to that of the sparrows.

Executive Director Brandon Tittle said the title Searcy Children’s Homes no longer captures what they do.

“We’re still taking care of kids [who have] been removed from their biological parents, but we’re doing it differently,” Tittle said. “And then in addition to that, we’re adding services and programs that we haven’t done before, and so the need came for a change in name to help make that clear.”

The house on Moore Street that contains the offices is being renovated to include extended facilities such as the Beverly Ford Visiting Center, a training room, an area for children to stay as an alternative to an Arkansas Department of Human Services (DHS) office and other practical spaces.

Amy Cox, assistant professor of art, worked with Searcy Children’s Homes when her family became a foster family, and she was an integral part of the rebrand planning and new construction. Cox said a lot of the need for new facilities, such as the Beverly Ford Visiting Center, came from the tendency for family visits to happen at places like McDonald’s or the DHS office.

“The kids would either visit at McDonald’s and just play in the playground or they would visit at DHS,” Cox said. “For the kids and their biological parents, those are the two worst places to try to have an interaction with a child.”

According to Cox, interior design seniors have worked on the floor plans and layouts for the renovation since the beginning of the rebrand to create spaces that are made for connection. Mike Steelman, architect and adjunct professor for the interior design department, has also provided architectural expertise pro bono. Harding students will paint a mural in the new Sparrow’s Promise building, and Dillard’s has partnered with the organization to sponsor a registry for new furniture for the facility.

Andrew Baker, director of the Mitchell Center for Leadership and Ministry at Harding, has worked with Searcy Children’s Homes as a foster parent and serves as the chairman of the board. Baker said that for a long time, the idea of foster care in the faith community has been driven by James 1:27, which says to take care of widows and orphans in their distress. However, Baker said that when it comes to the foster-care system, most kids are not orphans.

“What does it look like if instead of going with James 1:27, we went with James 2:13,” Baker said. “We’re driven by the idea that mercy triumphs over judgment. What does it mean for us to walk with and be faithfully present with parents who’ve never seen what it means to be a parent? We’re going to help them because, in so doing, it hopefully moves from us and them to this is us. This is my community.”

During the last weekend of February, there will be news coverage of a 72-hour construction project as the new facilities are finished. There will be volunteer opportunities for students to help at that time and numerous opportunities after the opening to help in the organization.

The State of the SA | Investing in the next generation