Parks and Recreation Crew Sets up Community Lights for the Holidays 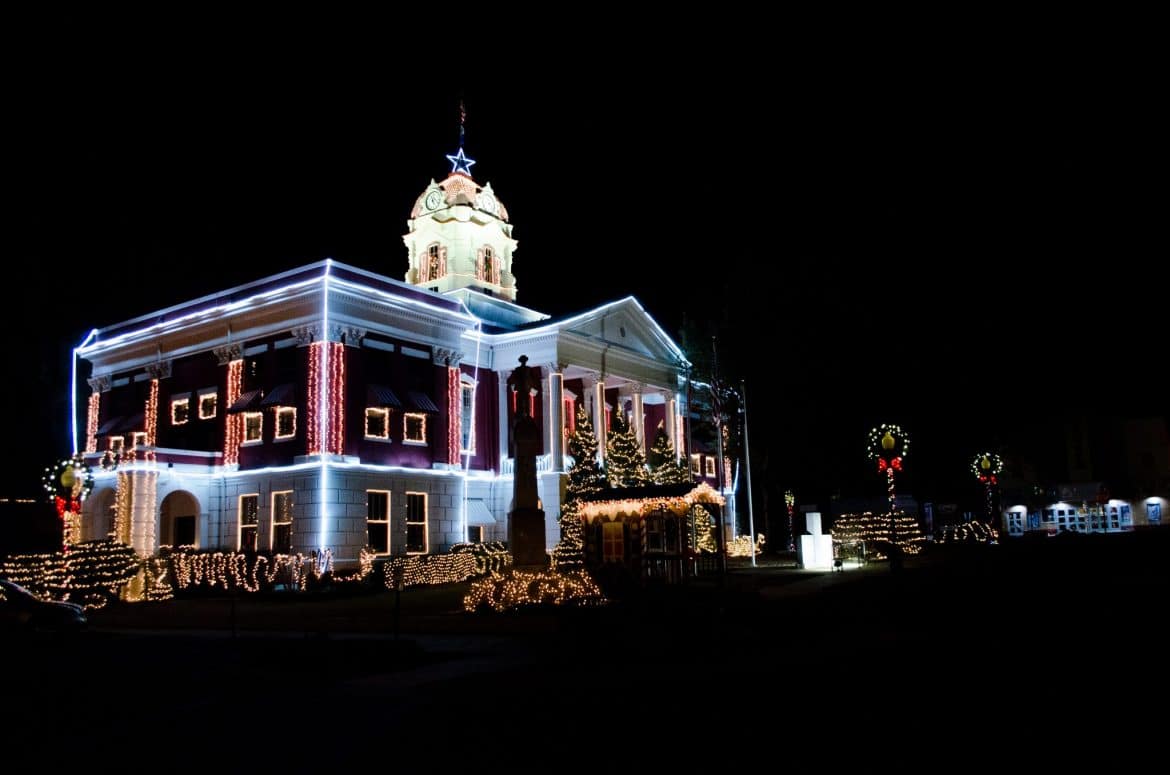 The White County Courthouse is covered in lights for the holiday season November through December. The men of the Parks and Recreation crew began setting up the light displays in October and continued until the lighting ceremony on Nov. 21. Photo By Emily Griffin

In a matter of months, a team of six men transform Searcy into a display of holiday lights. From mid-October until the lighting ceremony on Nov. 21, the Searcy Parks and Recreation crew spent approximately 350 hours collectively per week installing the Searcy Holiday of Lights displays to create the holiday atmosphere the community enjoys.

The Holiday of Lights used to be a smaller display, and after a brief hiatus, was brought back to life by the city three years ago.

“We used to have building structures over at Berryhill Park and they just deteriorated,” Parsons said. “There wasn’t enough money to fix it back up. With the eight-year tax that the city passed, that is where a lot of the money came from to bring this back to life; also with a lot of sponsors.”

With only six to seven men, Parsons said they have to start in October to complete the job before the lighting ceremony in November. With more displays added every year, the crew starts earlier to perfect its strategy.

“We finish up about 2 hours before the light switches on,” maintenance crew member Randy Rudesill said. “Each year it gets easier. This year it went really smooth.”

Rudesill said the long hours do not keep him from enjoying the fun of the displays, and that he has already visited the lights three or four times with his grandson.

“I’m good with anything that helps the city,”  Will Walker, another maintenance crew member, said. “Knowing all the work that goes into it — it’s pretty nice going out and seeing everything working right. And seeing the kids out there checking out the displays — it’s a pretty good feeling.”

According to Parsons, the crew rarely gets thanked for their service. However, this year Mat Faulkner, president of Think Idea Studio, bought the Parks and Recreation crew lunch from Burrito Day after they finished the installation of the Holiday of Lights displays.

The crew members’ hard work comes to fruition at the lighting ceremony in November. The teams agrees that seeing the community out appreciating the displays makes it worth the time they put into setting up the lights.