Home Lifestyle Quid-ditch Your Homework and Smack Some Bludgers

Quid-ditch Your Homework and Smack Some Bludgers 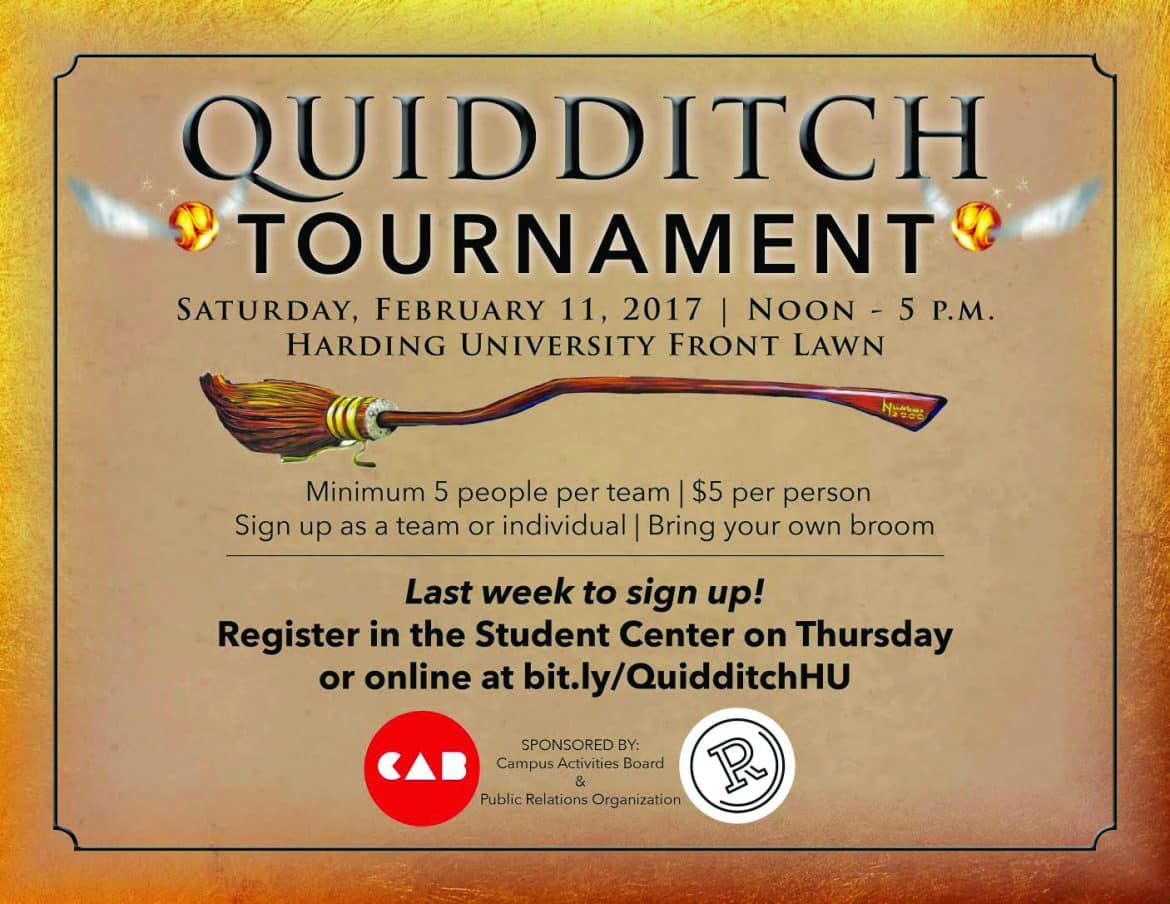 The Harding University Public Relations Organization (PRO) and Campus Activities Board (CAB) are hosting a Quidditch Tournament as a fundraiser for PRO on Feb. 11 on the front lawn starting at noon.

Quidditch is a sport created within the Harry Potter franchise. It has been converted to a game that anyone can play. According to PRO member, sophomore Kendall Carwile, this version of Quidditch has “all of the same components, without the magic.”

PRO vice president, sophomore Kaleb Turner, said that Quidditch is a game that combines different sports such as football, dodgeball and soccer. The goal of the game is to score as many points as possible by throwing the “quaffle” through the hoops on both sides of the field. In the last two minutes, a “golden snitch” is released and must be captured to end the game. All of this must be done while holding a broom between one’s legs. According to Turner, each team needs a minimum of five players to compete. Substitutes can be included on a team if desired.

According to PRO president, senior Lauren Hargett, each member of the winning team will receive a $10 gift certificate to Kibo Midnight Oil.

The event is a fundraiser for PRO’s spring networking trip to Nashville, Tennessee. Turner said that the trip is organized so that PRO members can meet with public relations professionals who work in corporate and nonprofit jobs.

“We talk to Harding alumni and people we have connections with so that we can better understand what the field of public relations looks like,” Turner said.

Hargett said that she believes that this fundraiser is a good opportunity for PRO and the students who come participate.

“It’s good for PRO to be collaborating with CAB on this because it forms connections with different organizations on campus, and that’s good for PRO because we are a smaller organization,” Hargett said. “It’s also a way for (PRO) to provide a fun, interactive event for students to come together and participate in something that they don’t get to do every day.”