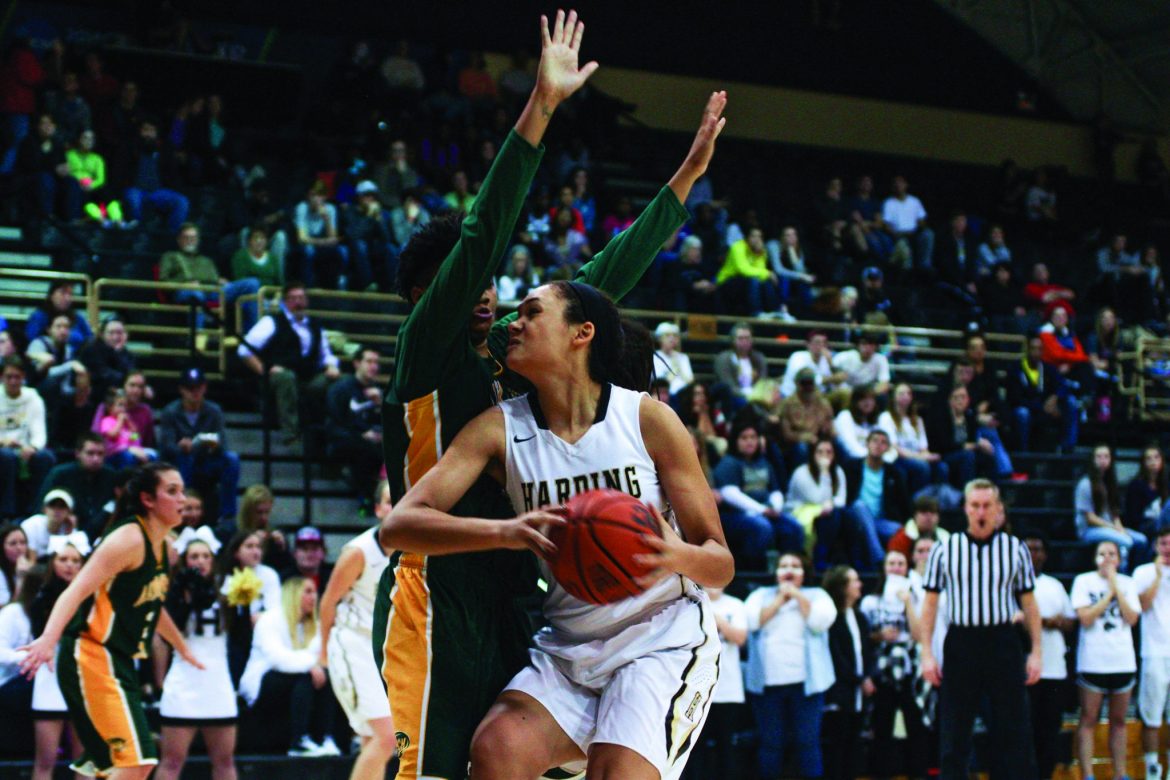 The new year is bringing continued success for the Lady Bisons basketball team. After a record-breaking comeback against Southeastern Oklahoma State University (SOSU), the women are taking it one game at a time on the road to March.

“Things don’t just fall in your lap,” head coach Tim Kirby said. “You have to make them happen most of the time. Sometimes you get lucky, and we’ll take luck, but most of the time we have to make it happen. We’ve won some close games, and it helps when you’ve experienced that. We’ve played some good teams. We’ve had a tough schedule and hopefully that will pay off.”

The team is facing five games in 10 days. This happens twice in the season and makes for quick preparation. Kirby pays extra attention to the energy spent on the practice court and keeping the women focused day to day.

“We want to get better every day,” Kirby said. “We have some young players that I think will be learning stuff the entire year about how this game is played in college. It’s a different game than high school. That’s one of our goals as we think about March.”

One of those young players is sophomore center Sydnie Jones. This is the first season for Jones to be on the court. She was the high scorer in the big comeback game with 19 points.

The finished renovations to the Rhodes-Reaves Field House have also allowed the team to perform more effectively. In new locker rooms with playback review capabilities, they can identify where they need to improve. New video and scoreboards add to the atmosphere of home games. The added hospitality suite benefits recruitment. All of the new improvements benefit the Lady Bisons as they take on the season one game at a time.

“The entire renovation adds excitement,” Kirby said. “New is always exciting and people want to come see it. It’s all been really good for our team. We look around and think, ‘Man, this place is pretty nice.'”

After the historic comeback against SOSU, the Lady Bisons went on to defeat the University of Arkansas-Monticello (UAM) 70-53. After, they traveled to Arkadelphia to beat Ouachita Baptist University (OBU) 78-72 in double overtime.

The Lady Bisons were able to extend their conference lead by two games over Arkansas Tech after defeating the 13th ranked Golden Suns 72-58 on Monday, Jan. 16.

The Lady Bisons are not letting the high of their successes cloud their focus as they continue with their season. The completion of renovations and the continued support of the Harding community spur them on in each game they face.