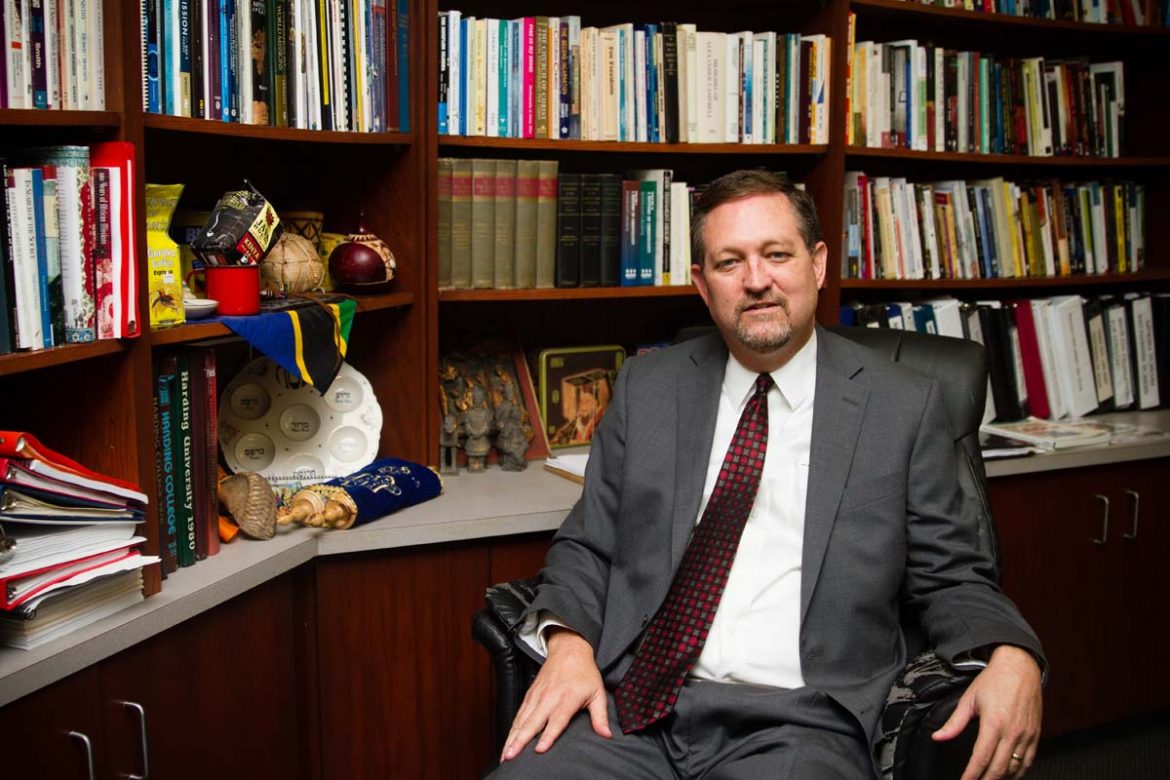 “There was a time when I was growing up when people like me, people in my circle, Christian people — especially in the South — would have very little contact with (varying world religions), but now, that contact is going to be routine,” Dr. Monte Cox, dean of the College of Bible and Ministry, said. “My concern is that too often we are intimidated by the difference, so we don’t ask questions.”

Cox is presenting sections from his book, “Significant Others,” during several chapel periods throughout the school year. Cox said he is still writing the book, which will be directed to a Christian audience to help them better understand and learn to communicate with people of varying religions and will be published by Abilene Christian University Press in fall 2017.

Judaism, Islam, Hinduism, Sikhism, Buddhism, animism, and religion in China and Japan will be included in his book, which Cox said is designed to help Christians become more comfortable with non-Christians and know how to interact with them more naturally. Each chapter of the book is being proofread by a follower of the religion associated with each section.

“I hope this book helps people really listen better,” Cox said. “Take this book as a starting point so you don’t feel so intimidated.”

President Bruce McLarty said he saw “Significant Others” as an opportunity to bring pieces of Cox’s world religions class to a larger audience. Harding purchased two new video cameras to create a four-angle shot of Cox’s chapel presentations. Each presentation is recorded and given to Cox to use in conjunction with the final book.

“I think (‘Significant Others’) is marvelous, and I think it’s very timely,” McLarty said. “It is something that I can imagine becoming hugely popular because there’s such a vacuum and there is such a need and there’s such a confusion about the whole issue, and I think (Cox) brings a lot of clarity to it.”

During the summer, Cox took a sabbatical to travel and study world religions to begin the project. Though he had wanted to write the book years prior, Cox said his travel was essential to better understand the content he would publish.

Cox visited major religious sites in India, Thailand and Japan over the summer to conduct research for the book. In the past, he had been to China, the Middle East and Europe, and had spent 10 years doing mission work in Africa. Cox said he traveled to the places where he felt he had least experience.

In Thailand and Japan, Cox met with Christians and missionaries. He said being able to speak with new Christians and non-Christians studying the Bible in those settings taught him more about those cultures, helped him critically answer difficult questions, and helped him feel better positioned to teach on the different sects of Buddhism.

Cox has taught Harding’s Living World Religions class for 18 years and occupies the Fulks Distinguished Chair for the College of Bible and Ministry, which was established by William and Doris Fulks to enhance the level of study of world religions. According to Cox, the funding from the Fulks Chair has allowed him to conduct research for the book and subsidize the class field trips.

“I think if (a non-Christian person) read this book they would appreciate that it is respectful and informed,” Cox said. “I’m trying to be a role model on how to be respectful, informed and persuasive.”

This is the first installment of the “Significant Others” series. The second installment will appear in the next issue of the Bison, on stands Oct. 28.