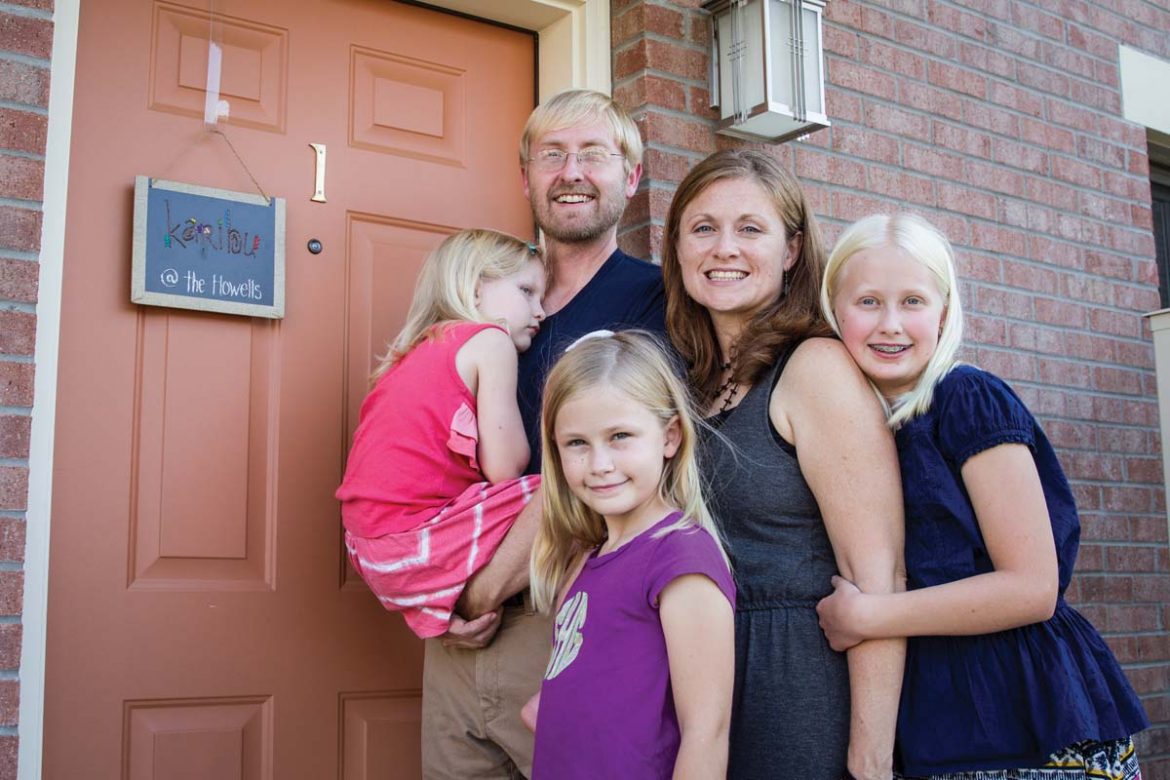 Missionaries Alan and Rachel Howell readjust to American life temporarily while visiting Harding for the school year after 12 years in Montepuez, Mozambique. The Howells graduated Harding in 2000 and left the states in 2003.

Alan Howell is teaching a freshmen Bible class and said he is passionate about teaching Harding students how to make disciples.

“I think that (making disciples) is the mission Jesus gave us,” Alan Howell said. “A lot of the time we talk about that, but we don’t talk about how to do that.”

The Howells are a part of a three-family team and host Harding students for Global Outreach (GO) internships yearly. GO is a Harding program that connects students with missionaries.

Senior misisons major Jessica Markwood stayed with the Howells during a GO internship in 2013.

“It was a very molding experience for me as someone who wants to be a missionary and see people who are really doing it well,” Markwood said. “(The Howells are) dedicating their whole lives contextualizing the message of God for these people and helping the churches to continue in leadership and to empower the churches to go out on their own.”

Alan Howell said the Mozambique mission team originally planted churches but now focuses on ministering and church development. He said he meets daily with men from numerous congregations while Rachel Howell studies with women, which he said is currently the most influential.

Rachel Howell said people do not invest in Mozambique as much as the rest of Africa. She said illiteracy is widespread, but she sees God work in the lives of women through speaking the Word.

“It’s just really exciting to see the light bulb come on and to see the women discuss and argue about what they’re hearing and how they see (the weekly topic) working in their village and to see them slowly take ownership of those things,” Rachel Howell said.

According to Rachel Howell, illiteracy, malnutrition and infant mortality are high in their region, and Alan Howell said people who are ready to receive and act on the Gospel can be scarce.

“One of the hardest things about missions is when your job is dependent on the transformation of other people,” Alan Howell said. “It puts you in kind of a tough position where you just have to be patient and wait for people that really want to change and are really on board with the kingdom of God.”

“We have to practice putting our will to death day to day, and doing it here before we’ll really be able to put it to practice over there,” Alan Howell said.

Alan Howell will be a keynote speaker for the Global Missions Experience on Sept. 17-20. He said it will be an opportunity to share what the mission team is doing in Mozambique and to guide students interested in missions.

“I think (Alan Howell) has a lot to offer as far as having a really good grasp on the Gospel but also being able to see how other people see the Gospel, whether that’s communicating the Gospel or teaching us how to communicate the Gospel,” Markwood said.

“The way they live their lives aside from the technical mission work just really demonstrates discipleship,” Markwood said.