Adjusting to the new normal 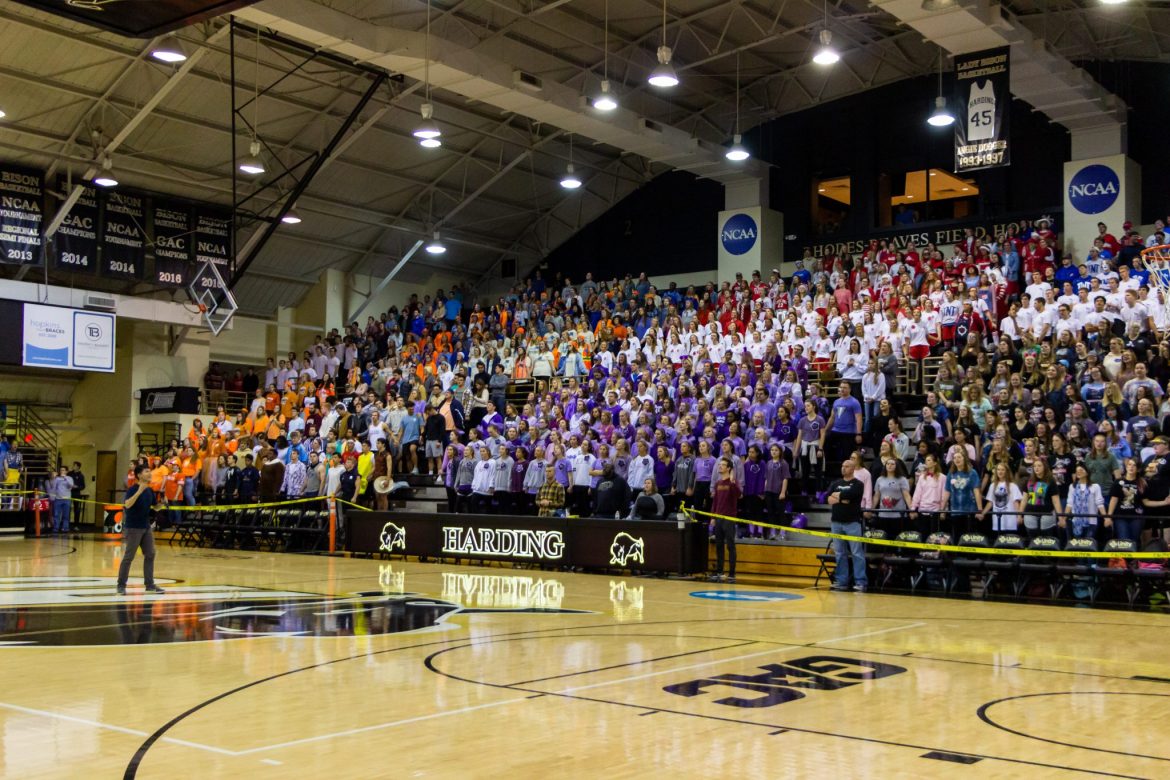 After going through two open houses, three rounds of mixers, a visitation reception, induction ceremonies and Club Week, students will wrap up the 2019 social club induction process tonight. This week functioned differently than years past with several changes to time allotments for club activities and a firmer emphasis on previously stated rules.

Official changes to Club Week this year included limited time on Sunday and Wednesday. Clubs were allowed an hour and a half to meet together officially on Wednesday, as long as the activity was spiritual or service-oriented. Overnight activities on Friday will also be restricted, with members having to finish before curfew. Additionally, all club activities had to take place in a well-lit area out of rain, and organizers had to designate time for dinner.

According to Kara Abston, assistant dean of students, other guidelines for Club Week were also emphasized with increased vigor, although the rules are not technically new. She said requiring new members to attend breakfast has always been against Club Week stipulations, but it was more strictly enforced this year. Another re-emphasized rule was that club activities not begin until after 5 p.m. and must conclude 15 minutes after All-Club Devotional ends. Running, other than for the purposes of athletic games as a club, was also reinforced as an off-limits requirement of new members.

“We have to remind our students that they’re here for an academic education,” Abston said. “While we want the social aspect, we want you to have those relationships, and we want community, ultimately we need you holistic to be well and rested. When it’s brought to our attention that students aren’t well rested, we need to adjust.”

The changes for Club Week were announced at an Interclub Council (ICC) meeting last spring, and Abston said they were met with friction at first, as most change often is. Senior Tyler Alleman, vice president of men’s social club Lambda Chi Theta, said one of his biggest concerns with time restrictions was the lack of time new members got to bond to the brotherhood established within the club.

“We’re not trying to get everyone exhausted,” Alleman said. “It’s just such a short amount of time that we have to fit things in as best we can with the time we have. That time just keeps getting shorter and shorter, so we’re having to cut things.”

Lambda Chi Theta wasn’t the only club that had to work through challenges with Club Week plans. According to senior Emma Vaughn, vice president of women’s social club Delta Gamma Rho, Wednesday night’s new restrictions were a big concern for the club.

Leaders of Delta Gamma Rho and other clubs expressed their frustration with having to change long-standing traditions tied to certain days of the week. For Delta Gamma Rho, Wednesday night typically marks an important halfway mark with activities that in the past have taken longer than the allotted hour and a half, Vaughn said.

“Wednesday night is probably our most important night, because it’s a time where the girls get to see us be a little vulnerable and happy toward them,” Vaughn said. “So taking that away makes me worried that they might not have that point where they can be like everything’s OK. There’s not a time we can move that, because Tuesday would be too early for it to happen, and Thursday would be too late for it to happen.”

Several clubs received consequences through the week related to the new policies and stricter enforcement. According to senior Carter Bramlett, president of men’s social club TNT, the club received a warning after bids were delivered late on Sunday, a mistake he claimed as his own. When new members of TNT were seen on camera gathered together before 5 p.m. on Wednesday outside their dorm of their own accord, the club received a punishment for allegedly starting club activities too early, Bramlett said. TNT had to finish activities at 8 p.m. Thursday, removing them from All-Club Devotional.

“We just think the punishment seems a little severe,” Bramlett said. “These guys got together for one hour, getting to know each other and practicing a chant, and now it limits us to only going from 5-8 [Thursday] and then not being able to attend All-Club.”

Bramlett said he thinks the week can still be considered a positive experience for TNT, despite receiving the first official punishment for the club he could recall.

“We are working through it,” he said. “There’s no bad blood, I think we’re just a little sad. That’s the best way to put it.”

Despite working through challenges, participants in Club Week have still enjoyed many aspects of the week. Vaughn said many traditions have endured — they’ve just had to be adapted.

Freshman Anna Westbrook joined women’s social club Pi Theta Phi this year. She said she knew Club Week was going to be different this year because of all the conversation surrounding it previously. Once the week got
going, however, she said the week moved forward smoothly, because it was the only way new members ever knew.

“It’s going well so far,” Westbrook said. “I didn’t really know what to expect going into it, especially after all the changes, but it’s been great getting to bond with my sisters through all the activities and stuff.”

Alleman agreed there was some uncertainty heading into Club Week with several changes from what he had experienced in his previous three years. Like Westbrook, however, he realized there are positive things going on amidst challenges.

“We’re still trying to push through and do the best we can,” Alleman said. “Things are going well; I just wish they could be better. But they’re going well, and we’re trying our best to work with what we’ve got.”

Club Week will conclude tonight with All-Club Devotional at 6 p.m. and club activities following until curfew.

An opportunity to move that bus