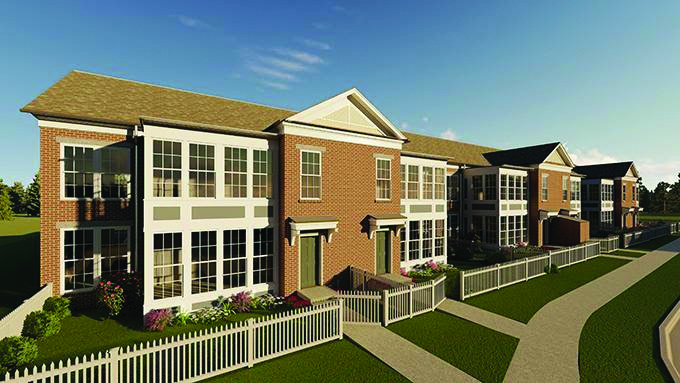 Legacy Park has entered into the final phase of construction in order to provide space to invite more people into the Harding family.

In 2007, the idea for Legacy Park was proposed. That vision included the student housing that is being used today along with individually owned private homes that are part of future plans.

Chancellor David Burks is the one who oversees the Legacy advancements.

“Phases one through three were all student housing,” Burks said. “Phase four was the beginning of residencies in Legacy Park, and that phase is now complete. All the homes [in phase four] have been either built or are under construction.”

Burks said that out of the 19 homes in phase four, 15 are finished, two are under construction and two will begin construction in the next six weeks.

Phase five implements the construction of a 12-unit condominium project where Harding staff, alumni and community members can live. To date, four units are pre-sold.

“Where we live, the First Ladies’ Garden is kind of our backyard, and the kids have really taken to that and accept it as theirs,” Hannigan said. “We go out a lot on good days and I’ll see previous students and people around who my husband or I used to work with. You run into people kind of as you would when you are a student on campus that we wouldn’t have if we were out in our old neighborhood.”

Burks said the whole purpose of this addition is to encourage this kind of community.

“The whole idea is to develop this total kind of community where you have a lot of students who are essentially living right next to faculty members, staff members, alumni and retirees — so you have this intergenerational kind of mix,” Burks said.

Junior theatre major Kendalyn Pierson lives in a Legacy apartment above the house of Britton and Ashley Lynn. Ashley Lynn is an administrative assistant in the College of Business, and Britton Lynn is an associate professor of theatre.

“The theatre department is a very close-knit group, and so it was nice living [near] someone that I know,” Pierson said. “They are really fun people to be around, and they have been very welcoming to us with their home.”

Burks could not discuss the new Legacy Park advancements without using his famous word — camaraderie.

“I think that what’s special about it is the sense of camaraderie that can develop between the young students and some retirees and faculty members in between,” Burks said. “It’s a neat mix of ages.”