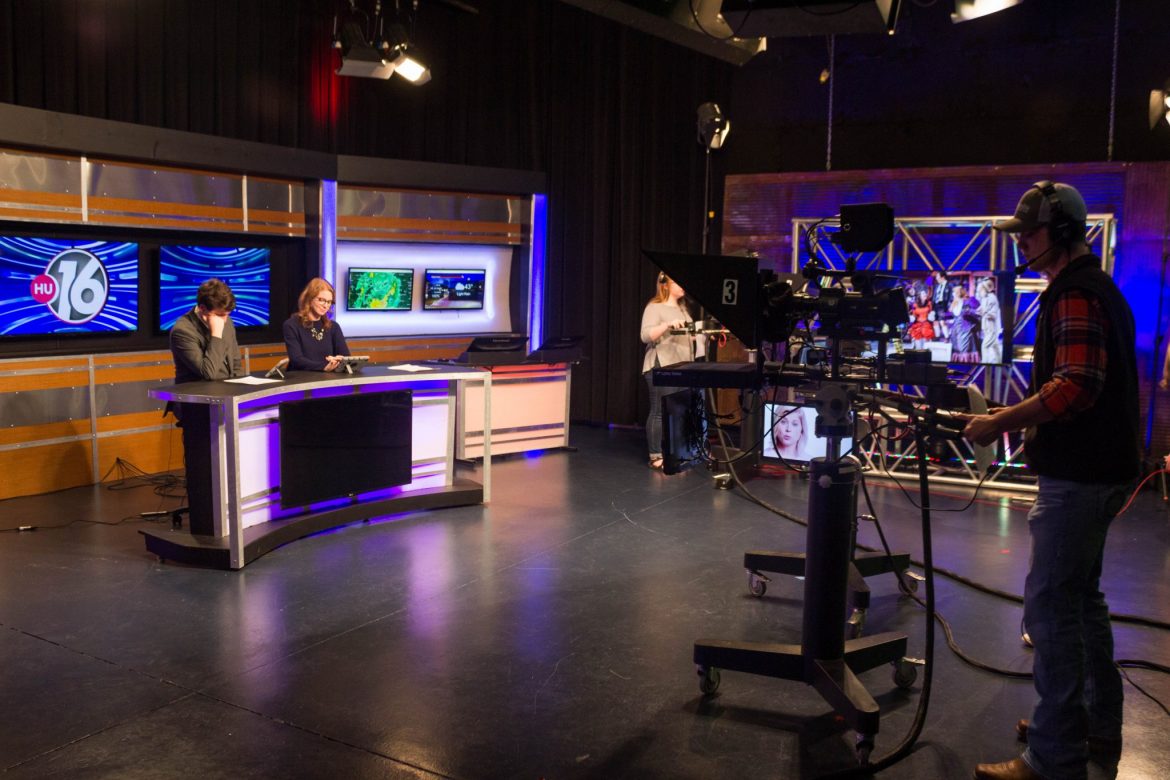 “We beat a lot of state schools that have really nice studios and a lot more money,” junior Grace Nickols, an HU16 news anchor said. “We’ve never won anything like this before.”

“We led the show with Eva Kor’s story,” Blackstone said. “Once you start your show with that, then you try not to get anything wrong.”

“The rest of the show was strong, and then the feedback we got was that they didn’t really have any criticism, which was great,” Blackstone said.

The show is completely student run. However, Blackstone and Mark Prior, director of HU16 VideoWorks, assist with the show.

“Everyone is very professional about it,” junior Emory Rockwell, HU16’s weather reporter said. “I think that kind of brings it to another level.”

HU16’s “Live at 5” broadcast is never pre-recorded, meaning that mistakes cannot be edited out of the show.

“All I can do is open the door,” Blackstone said. “They have to be the ones to walk in and put the content together.”

During the summer of 2017, HU16’s studio was remodeled and upgraded to high definition, requiring students working for the station to relearn the equipment from its entirety their previous experience.

“The switcher is different, the cameras are different, everything is different,” Blackstone said. “It’s not just a few new people coming in and training. We had to start all over again.”

“Now we can play with the big boys,” Blackstone said. “With a visual medium, you notice the visuals first. If the visuals are bad, no one is going to pay any attention to the content.”

Unlike larger news stations, the team only has a few hours to put everything together.

“We don’t get all day to spend (like) in the real world,” Blackstone said. “It takes a lot of planning and a lot of advanced work. If the students were not working so hard, it would not look like it does.”

HU16’s “Live at 5” newscast airs Monday through Friday at 5 p.m. Shows can be streamed online at www.thelink.harding.edu/tv16.

Just the Clax | My Pal the Principal

Member of Little Rock Nine to Present at ASU-Beebe