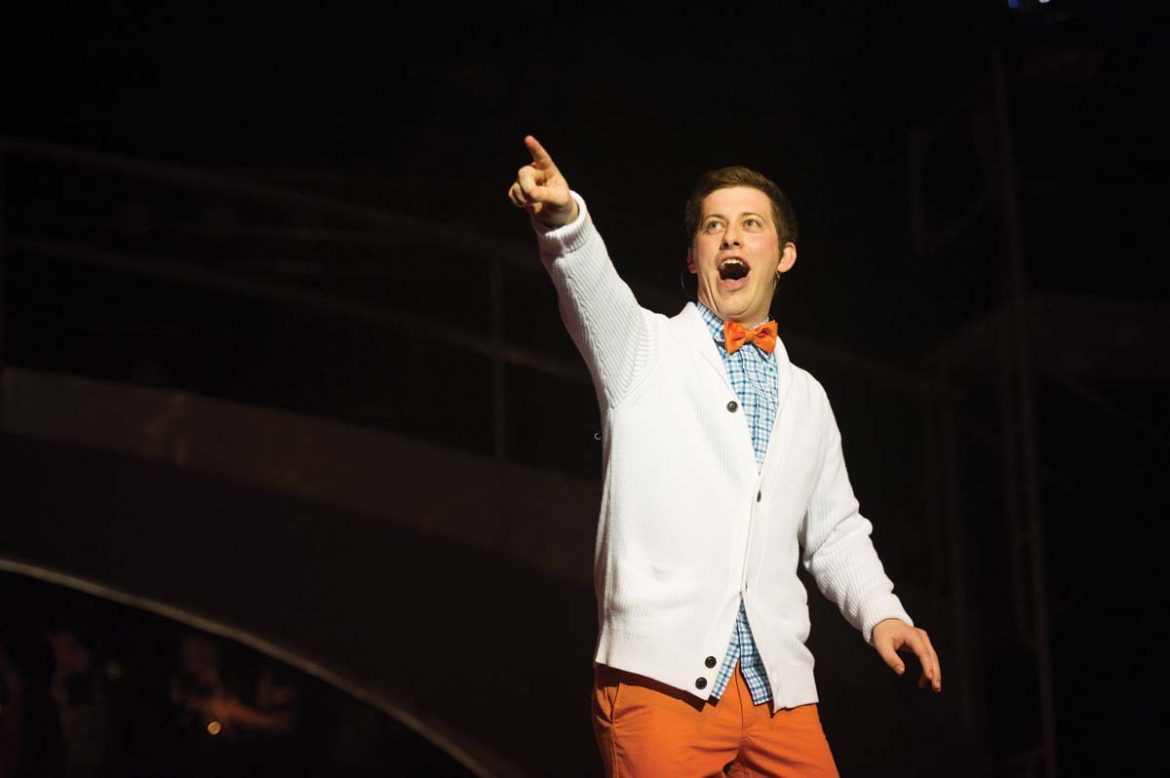 “When a young person dies, like Blake, it makes everyone look at their own mortality, try to put important things first (and) not get caught up in the petty things in life,” Cindee Stockstill, producer of theatre and Spring Sing, said. “I’d say we are all a little closer because of that.”

Former student Blake Hunter sang in the rain, bloomed in Spring Sing and proudly achieved the status of Modern Major General during his time at Harding. Hunter was deeply rooted with the Department of Theatre, and his death on Jan. 23 left family and friends with broken hearts and Spring Sing without a talented choreographer.

“It’s been a challenge just to walk through the grieving process,” Robin Miller, chair of the Department of Theatre, said. “We lost a friend — that first and foremost was the big thing ­— and we lost a friend unexpectedly, so that definitely affects us.”

Hunter was involved in Searcy Summer Dinner Theatre, Pied Pipers, Uplift summer camp and several Harding performances. He also taught theater at Crosspointe Preparatory School in Searcy, Arkansas. He had participated in Spring Sing in various capacities since his arrival to Harding in 2010; as an ensemble member, men’s social club TNT director, host and 2016 choreographer.

“I think he was just born to entertain and be funny and silly and make people laugh,” Stockstill said. “Not only was he a superior entertainer, he was a great person. He cared about people, he made you feel special, he was a loyal friend — he was a good guy.”

Susan Shirel, instructor of music and music judge for Spring Sing for 2016, said Hunter was a comic who enjoyed bringing joy to others. She said Hunter considered it a privilege to choreograph the Homecoming musical and Spring Sing.

“(Hunter) would do just about anything to get a laugh from an audience,” Shirel said. “His comedic timing was instinctual and natural for him, not contrived, but he could also be very genuine and authentic on stage. I think that is one of the reasons why he loved Spring Sing so much: it was an opportunity to bring joy to others as himself, not a character.”

“It’s been a whirlwind,” Maynard said. “I was very nervous about (helping with Hunter’s role). Blake was such a great choreographer, and he’s such a great leader … but because everyone else was dealing with (Hunter’s) passing, we all just kind of pulled together.”

Stockstill said the death of Hunter has affected the interactions between cast and crew members by reminding them of life’s impermanence.

“How we treat each other backstage and what we say to each other in rehearsal, that has changed a little bit,” Stockstill said. “We’re just more aware and a little closer because we are going through suffering together and the loss of Blake together.”

The Department of Theatre will be coordinating a Chili’s give-back event April 6. According to Stockstill, Hunter took his sister, senior Kalyn Hunter, to Chili’s each year on April 6, the day before her birthday. All proceeds will go toward the Blake Hunter Theatre Scholarship fund.

“Blake’s death has been a reminder of how wide an influence one person can have by simply taking the time to pay attention and be present the lives of the people around you,” Shirel said. “The ironic thing is that I’m not sure Blake was aware of how much he was loved by such a large, diverse group of people.”