Home News Long to retire after 40 years of service

Long to retire after 40 years of service 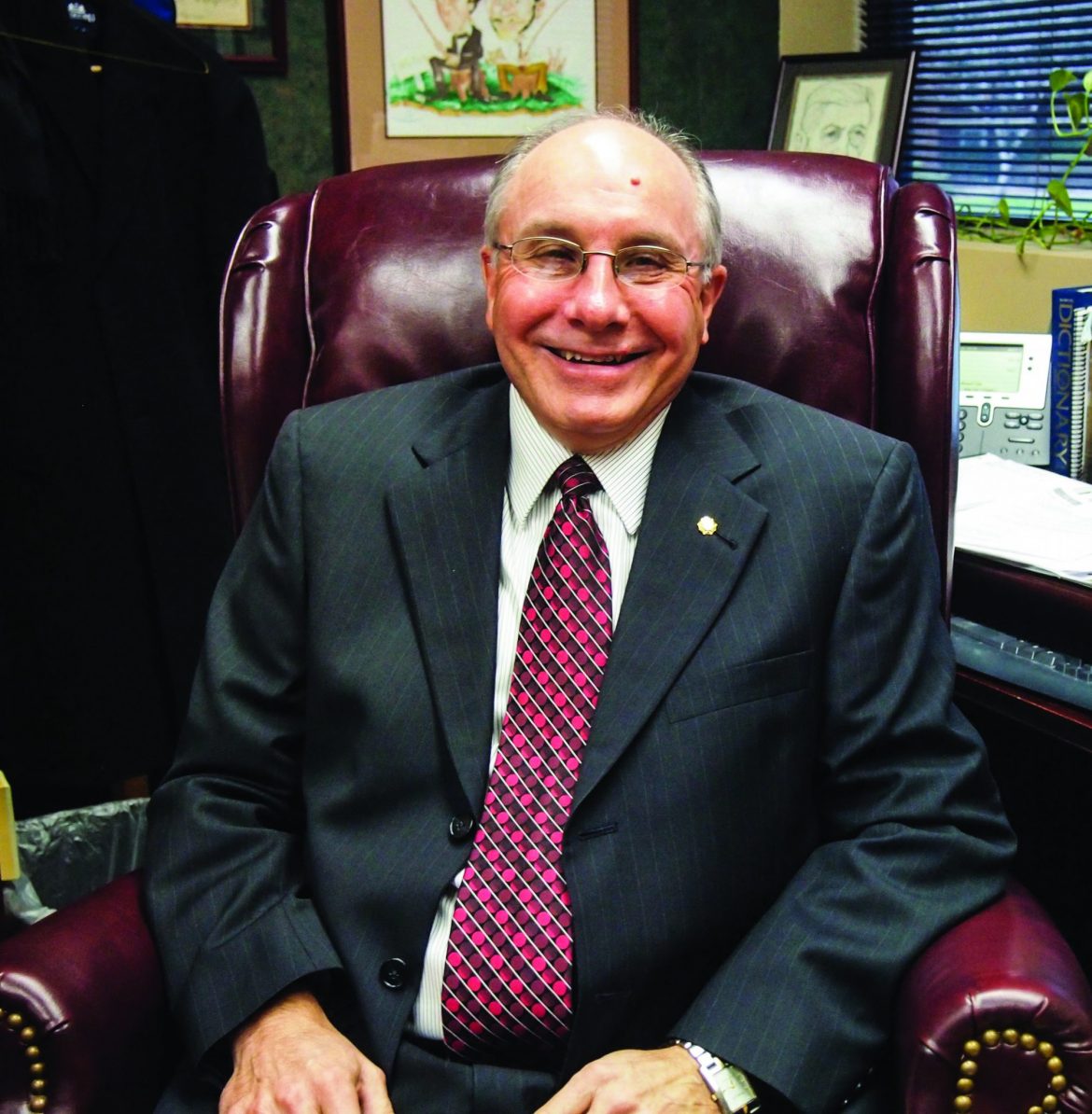 After 40 years of serving at Harding, six of those years as provost, Dr. Larry Long is retiring.

Long has held a variety of positions and leadership roles during his time on campus. From teaching in the department of English to serving as dean of the Honors College and College of Arts and Humanities, Long will complete his tenure after serving as provost for six years.

Throughout Long’s many accomplishments, he said he aimed to help the students and the university as a whole. Long spearheaded the effort to delegate the university’s academic leadership. What used to be one vice president for academic affairs has now transitioned to one provost with three assistant provosts. New programs such as physician’s assistant, pharmacy and family nurse practitioner are here today because of Long’s work.

According to Long, he came to Harding to follow his passion for teaching English.Long taught for 25 years, eventually moving into the English honors program and then into a dean position. That span of time proved to be the most rewarding for Long, because it involved interacting with students daily. Now a few levels of people stand between Long and students. However, according to Long, he still finds his position as provost rewarding, because he can play an indirect part in student success.

Dennis Organ, chair of the department of English during Long’s tenure, praised Long’s ability to relate to students of all spectrums.

“From the beginning of his career he was a remarkably gifted teacher, respected by and popular with struggling freshmen composition students and advanced English majors alike,” Organ said. “He defined and set a high standard for advanced composition, a core requirement for our majors. It was the best and truest kind of teaching, one that a generation of fortunate students experienced at his feet.”

The replacement process is in the works, and Long said he hopes his replacement will enjoy working with the administration, faculty, staff and students.

Marty Spears, assistant provost, said he believes Long has lived out the true mission of Harding in his time on campus.

“When it was announced over at the faculty meeting that this would be his last year, he got a standing ovation,” Spears said. “Dr. Long is a huge supporter of faculty and students — he tries to do anything he can to help the faculty do their jobs and to help the students be successful.”

Though Long said his time at Harding has been exceptionally rewarding, he said he looks forward to having days without a schedule, putting more time into his position as an elder with College Church of Christ, traveling and spending more time with his wife, kids and grandchildren.

“My happiest moment in my whole career is reoccurring, which is a blessing,” Long said. “It is when I stand on the stage when we march into graduation. My job puts me in the front of the line, and Dr. McLarty and I walk up to the stage. We turn around, and we look, and I see all of these good people that I really respect. For years I have had the chance to work with those people.”

The man behind the ‘Revenant’