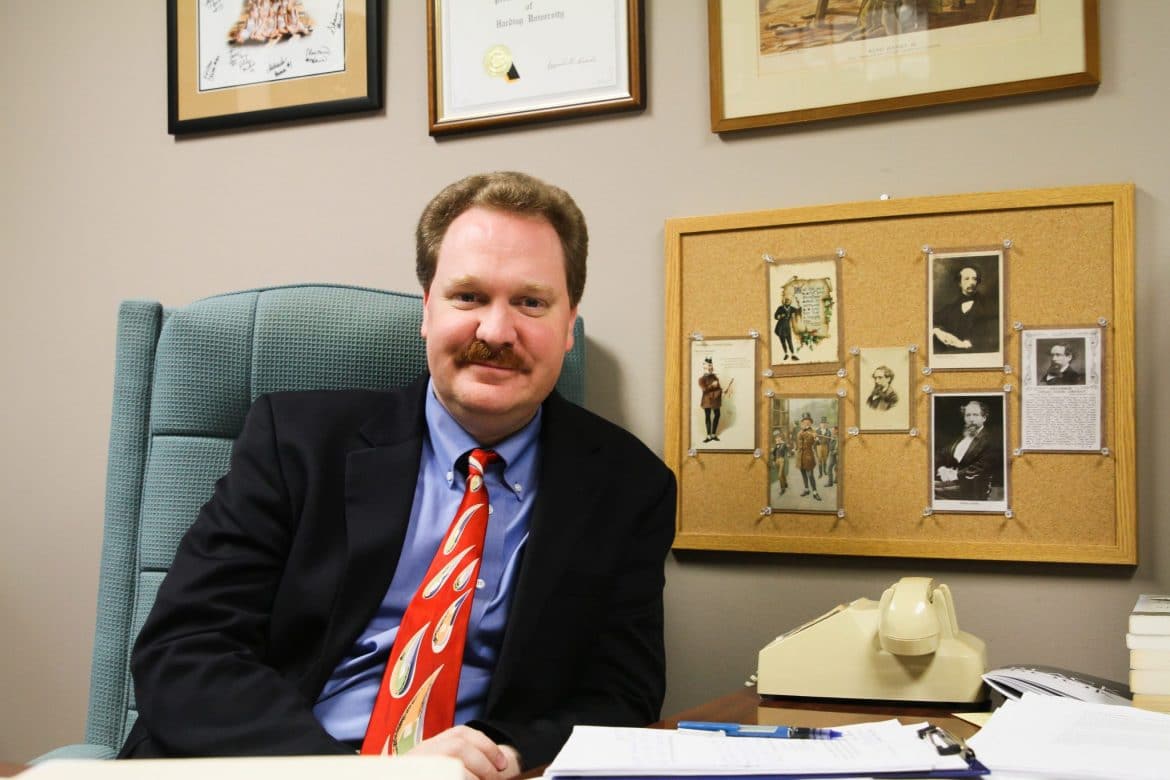 He’s been called the “Billy Graham of the Churches of Christ,” and few evangelists have been as effective in reaching others with the gospel. During his lifetime, Jimmy Allen preached in 42 states and seven countries. He taught Bible at Harding for half a century, from 1959 to 2009, and received two honorary doctorates. A dorm on campus is named for him. He wrote 13 books, participated in 50 citywide campaigns and spoke at hundreds of gospel meetings, sometimes with crowds as large as 12,000. Allen estimated that during his lifetime he baptized over 10,000 people. So many of these new converts — along with the dozens of young preachers he mentored — have multiplied his influence in their own ministries, an exponential effect that continues to this day.

But Jimmy Allen’s story is even more impressive if you know how it began. His birth father was a lawyer and politician in Little Rock. When Mr. Goff had an affair with one of his employees who got pregnant, he demanded that she abort the child so he could avoid both the embarrassment and the responsibility. His mother asked the advice of her family, who encouraged her to have the baby. Afterwards, Mr. Goff refused to acknowledge his son and only spoke to him once. Jimmy was 17 before he ever heard a grown man tell him he mattered.

When he was 11, a train hit the car his mother was riding in and killed her. The boy went to live with his grandmother. She did the best she could considering her age, but from then on, Jimmy essentially raised himself. As a young man, he had no interest in religion and, like the prodigal son, engaged in some “riotous living.” Joining the army did not make these habits better, though he was always proud of his military service. But when he was discharged at the rank of Staff Sergeant, a cousin named Lott Tucker invited him to attend Harding College.

Allen came to Harding in spite of its Christian emphasis, but one semester of sitting in Bible classes changed his life. At age 19, he found purpose and meaning in the message of Jesus Christ and devoted the next seven decades to living and preaching those truths. Knowing full well what it meant to be saved from a life that had no direction or hope, he developed a passion for ministering to people in the same situation, speaking at churches whenever he could.

He married a godly woman named Marilyn and had three children. It’s not easy for a full-time teacher and travelling evangelist to be a great family man. He was on the road a lot and spent many private hours in careful study. But the tributes from his children at the memorial service told how well he succeeded. They painted the picture of a man who invested time and energy and wisdom into his family. He loved their mother faithfully for over 63 years. He taught his kids to play sports and took them fishing.

One son recalled a fishing trip when his father found a sweet spot and spent the entire day gleefully reeling in one bass after another. Jimmy Allen spent many hours fishing and was proud to have baptized many of his fishing partners over the years. He had a special relationship with his daughter, too. She remembered accompanying her father to gospel meetings and sometimes mouthing his oft-repeated sermons word for word from the front row. But she treasured their conversations and said that her father listened to his children and took their ideas seriously. He modeled the life of a dedicated Christian, a life that his family follows to this day.

Allen was boldly ahead of his time on race issues. He rejected the prejudices harbored by many Southern White Christians during his era. One of his heroes was the famous African American evangelist Marshall Keeble. His first convert to Christ was a Black hitchhiker to whom he gave a ride and a Bible study. When churchgoers walked out of a service because members of an invited Black singing group were sitting on the front row, Allen made his feelings clear. His daughter recalled a tent meeting where the entire audience was White except for one young woman who came in late. Not one person spoke to her, but Jimmy made sure that she felt welcome. After the assassination of Martin Luther King, Jr. in 1968, he helped to organize a unity summit in Atlanta of both African American and White preachers to see what could be done to fight racism.

Jimmy Allen was intense in the pulpit. He was an old-school preacher and could paint a terrifying picture of life without God. His children joked that it was not always easy growing up with a man whose first book was titled “What is Hell Like?” Plus, he thought nothing of preaching for an hour and a half each night, for up to 10 nights a week during a gospel meeting. More than once, the invitation song lasted 45 minutes as people continued to respond. He was a fierce debater in an era when doctrinal disputes were often aired in public forums. His style could be blunt and forceful, and I remember the last time he spoke in chapel. He told his own story powerfully, but he also delivered a sharp critique of trends he felt were threatening the church. His fiery rhetoric that day may have scorched the eyebrows of those sitting near the front.

But at the same time, Allen felt that to resist all change was not to grow. “If you haven’t changed any of your Biblical views in the last 25 years,” he said. “Then you haven’t had your head in the Bible.” And he believed that for unity to occur among Christians, there must be room for some diversity in thought. And while he was adamant that certain beliefs cannot be compromised, he devoted an entire chapter in his 2004 memoir, “Fire in My Bones,” to previous theological positions that he had since abandoned after years of study and thought.

As he continued to grow in his faith, Allen even regretted having written the book on Hell — not that he stopped believing in it, but because he felt he had put too much emphasis on the subject in his early ministry. His reputation as a “hellfire and damnation” preacher amused him since, as he put it, his students heard him talk about grace more than any other subject.

It was all part of a perspective that sought to see the world through God’s eyes. He would ask his classes, “Are you going to live life with the short view or the long view?” The short view is merely reactive, living one day at a time. The long view, he felt, was the life of meaning and purpose, the life of intentional direction.

You can’t talk about Jimmy Allen without mentioning his love of sports. He was passionate about playing flag football and pick-up basketball on faculty teams at Harding. He shared with Dr. Clifton L. Ganus a fierce competitive streak. They played to win and wielded sharp elbows. Sometimes after a game that pitted faculty against students, there might be a slight uptick in guys visiting the school nurse with bruises the next day. Once a student grumbled about having to play ball with “old men.” Allen noted that moments later the boy was knocked cold and carried off the field. But neither Allen nor Ganus ever admitted to a foul. “Your nose fouled my hand,” Jimmy once told Cliff.

In fact, the two men shared a love of joking. They were neighbors for decades. At the memorial service, Dr. Jerry Jones, former chair of the Bible Department, shared this story. One August Dr. Ganus took his family on vacation for two weeks. Since the August sun can be brutal on grass, he asked the groundskeepers to water his lawn each day. They did, but it also rained the whole two weeks. Soon the grass was knee-high. Before Dr. Ganus came home, Jimmy Allen put a sign in his yard that said, “White County Cow Pasture of the Month.”

In his 50 years of teaching at Harding, Jimmy Allen was most famous for his class on Romans. He often said that he would rather teach Romans than eat. After his death on August 5 at the age of 90, testimonials poured in from former students whose lives had been changed by his passionate teaching from Scripture. Many said he had more influence on their spiritual formation than anyone else. He encouraged boldness in the Christian walk, echoing Paul’s words in Romans 1:16: “I am not ashamed of the gospel, because it is the power of God that brings salvation to everyone who believes: first to the Jew, then to the Gentile.” Because he lived that truth, so many others had the chance to live it, too.

He was excited about going to Heaven and fishing in the River of Life. “God made that river,” he once said. “So He must have stocked it with fish.” It will be his reward for taking the long view. 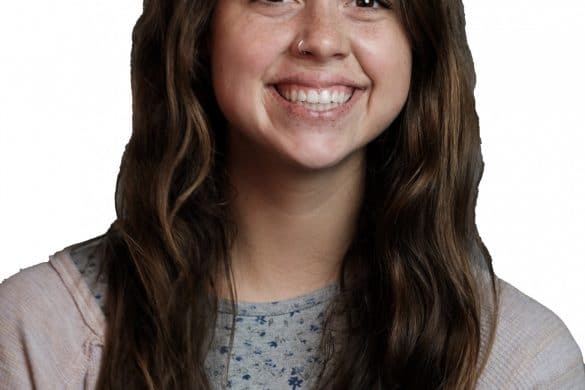 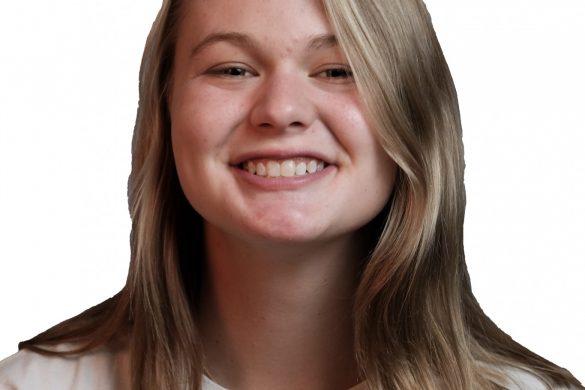 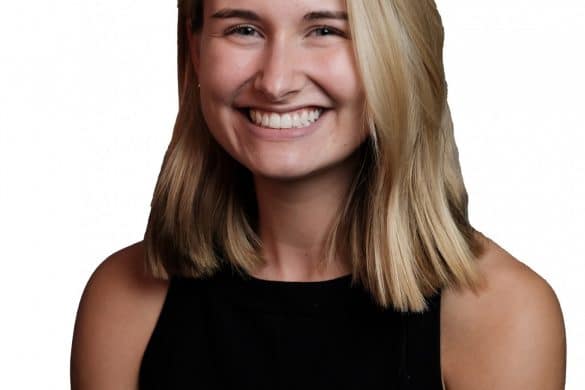